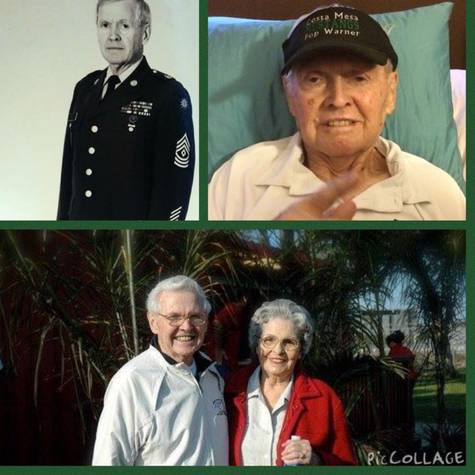 "Let the Dream Live!" Please join me in petitioning to have the new stadium at Costa Mesa High School named after our beloved Ed Baume who has bled green since way back in the 60's.

Edgar Baume moved to Costa Mesa in 1965 with his wife and two sons. Ed worked as an executive with the Boy Scouts of America and transferred down to Costa Mesa from Northern California to help build his district...the Orange Empire. He quickly made Costa Mesa his home by getting involved in the community. He played a key role in establishing and growing the Costa Mesa youth football program in the 70's serving as league president for several years as well as on the board in other capacities. When his boys Steve and Gary entered high school, Ed did not hesitate to volunteer as a booster. At one point Ed even served as both Football and Baseball Booster President as his boys suited up to play for the Mustangs. Once his boys were finished with high school, Ed continued serving the youth in the community by coaching baseball and serving on the board of Costa Mesa Pop Warner (CMPW). As soon as the next generation of Baumes, grandsons Sean and Dan, were ready for play, Ed continued his volunteerism at CMHS by joining the boosters again. Now at the ripe age of 88, in addition to serving on the Board of CMPW as our Director of Football, he continues to keep stats for CMHS Football which he started doing back in the early 90’s for then Coach Max Miller. Through the various administration, coaching, and booster changes we have seen at CMHS, one constant remained the same….year after year, you could count on Ed to keep stats for Mustang Football. Edgar Baume has dedicated his entire life to improving youth and high school sports organizations for Costa Mesa because it just runs in his blood...which time and time again he reminds us is GREEN!!!