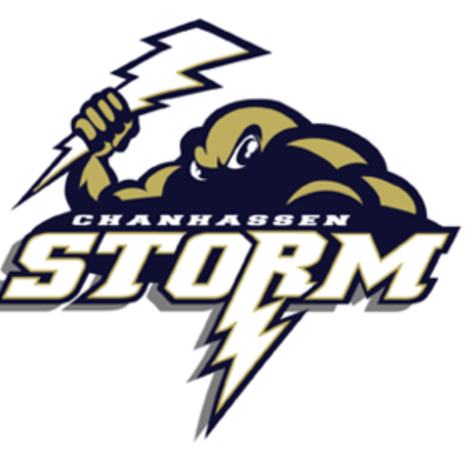 This petition is being written in strong opposition of moving East Union Elementary away from Chanhassen High School and into Chaska High School. This proposed change affects approximately 150 students in grades K-5 (25 per grade) and could affect 175 students (29 per grade) if East Union runs at full capacity. Since the release of the new boundary proposal in late March, we've thought long and hard about how this change would affect our students, their families and our community. The initial reaction, as common in most cases of change, was opposition. Since both Chaska and Chanhassen are excellent schools and capable of serving the academic needs of any student, we did not want to react on this proposed change without serious consideration and good reason. Nearly six weeks later, we feel stronger than ever that East Union Elementary should continue to feed into Chanhassen High School. Though we will offer our reasoning in this petition, the communities already attending a specific school should not be required to "prove" why they should be allowed to stay. The "burden of proof" for proposed changes should be on the school board and its committee. From what the proposal shows, this has not been accomplished.

The red lines on the district map are more than a boundary. They are our home. Since Chanhassen HS opened, it has been the identity of our neighborhood. It has defined the community of which we've engaged. We've invested money in the Chanhassen HS booster clubs and supported their programs across all age/grade levels. We've called ourselves "The Storm", purchased more STORM apparel than we can even quantify - starting with our babies. We bought our homes with the idea that we'd be attending Chanhassen HS. We have enrolled our kids in Chanhassen sports with the understanding that WE ARE THE STORM. We have formed and fostered friendships with many families in Chanhassen and Victoria with the idea and understanding that we'd be a unified group thru these memorable years as parents together. High Schools define a community and asking our families to change schools just six years after the district sent us to Chanhassen HS is simply not right. This would divide our neighborhood (as some kids would go to Chaska and some would open enroll to Chanhassen) and emotionally affect our children and their families.

1. East Union is an incredibly small school compared to others in our district. At full capacity, East Union has only 175 students in grades K-6. At full capacity, this is 29 students per grade level. With only four grades attending HS at the same time, East Union would account for only 116 students in the HS at one time. Furthermore, the reality of the numbers are likely even less than this. East Union currently has approximately 150 students in grades K-5, or 25 students per grade. This would account for only 100 students from the East Union community at the HS at one time. It's so minimal - the case for change based on population when balanced with the emotional connection students and families already have with their Chanhassen peers is a case that simply cannot be substantiated by the district.

2. We've heard the committee’s comments regarding transportation and the concerns around bussing students further to attend Chanhassen than they'd otherwise have to if they attended Chaska. Since the HS boundaries were originally formed, the neighborhoods attending East Union Elementary have not changed. Neither has the location of Chanhassen High School. So, while the claim can be made, why was this an acceptable distance six years ago but not today? The reality is, families living in the East Union boundary are not close to either school. The distance of the Carver Bluffs neighborhood to Chanhassen HS and to Chaska HS are within two miles of each other. It's so minimal - the case for change based on distance when balanced with the emotional connection students and families already have with their Chanhassen peers is yet another case that simply cannot be substantiated by the district.

3. We've also hear the comments around keeping the community of Carver together and the idea that, since the majority of Carver is proposed to move to Chaska HS, it only makes sense that East Union would also move. Whereas the entire city of Victoria attends the same elementary school and has a viable parks and rec department, field house, etc.. of its own. Carver does not. The community of Carver is more of a "bedroom" community with no parks and rec or other facilities often found in more traditional communities. Aside from Steamboat Days, nothing in Carver exists that unites the community. The community of Carver is already split in grades K-6. Worth noting - the areas of Carver attending the new school have already been attending Clover Ridge and have made many connections with Chaska families and its community. As such - the case for change based on maintaining a "community feel" when balanced with the emotional connection students and families already have with their Chanhassen peers is yet another case that simply cannot be substantiated by the district.

The District is ignoring the well-being of your family not sharing how this impacts East Union Families. Prepare to voice your opinion and speak to the decision makers about why you feel East Union Elementary Families should stay at Chanhassen High School.

Sign the petition to help preserve our relationship with Chanhassen High School.