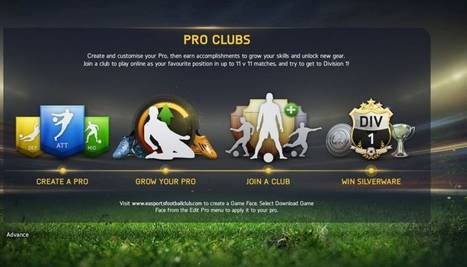 As we all no Pro clubs can be a Daunting game mode but we all love to play it. Theres nothing better than creating your virtual pro to the style that suits you and playing with friends competing in Online Virtual Leagues.

Many users that play Pro Clubs would like more to the game mode for example.....

Better Defaults: The computer controlled Defaults are terrible they never make a tackle they always want to jockey on the attacking player and doesn't put a foot in.

More Customization: Maybe adding tattoo's for your player even customize your own boots

Better Tournament System: When you win a tournament you get a trophy, why not try adding points for your club that can be spent on unlocking stadiums, changing the balls you can use on pro clubs

We all no that EA sports have really made no effort to improve the PRO CLUBS game mode maybe its because they don't make money on the mode, maybe there isn't enough interest in the game mode.

I no of more than 5 sites that have 1,000's of members that play pro clubs there is enough interest in the game mode for it to be improved every year.

Like ULTIMATE TEAM every other week there is an update to improve the game mode and that is because EA are making a killing of packs they sell, but we rarely get an update to improve clubs through the whole year which is why I feel it gets neglected as there are so many things need changing, but as its not a money making game mode EA decide to ignore users suggestions and request to make it better