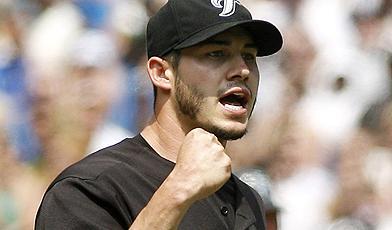 Dustin McGowan Must Grow His Sideburns

Dustin McGowan, what a beauty. This guy hasn't been on the opening day roster for the Toronto Blue Jays since 2008. As a Jays fan I can say I'm super excited to see him back in a starting role. That being said, Dustin grows some of the greatest sideburns in Major League Baseball. This petition is to ensure he has those beautiful chops for April 4th, when Toronto plays host to the Yankees at the Rogers Centre in the Honda Home Opener.Your fans are behind you 100%, Dustin. #ChopNation