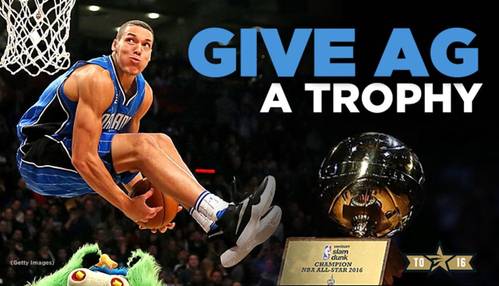 Let's toss aside all the formality of dunk scores and single winners, and reflect on what actually happened.

Zach Lavine and Aaron Gordon put on an equally astonishing show (perhaps the best ever), that deserves equal recognition from the league and fans respectively.

Ask any fan or judge about Saturday night's performance and I think most of them would have a hard time leaving one guy out in the cold. It just feels wrong the next morning.

The NBA has set a precedent for awarding the same honor to two players before, why not the Dunk Contest?

Do the right thing Mr. Silver: make Aaron Gordon the co-winner of the 2016 Verizon NBA Slam Dunk Contest and get that man a trophy. He deserves it!