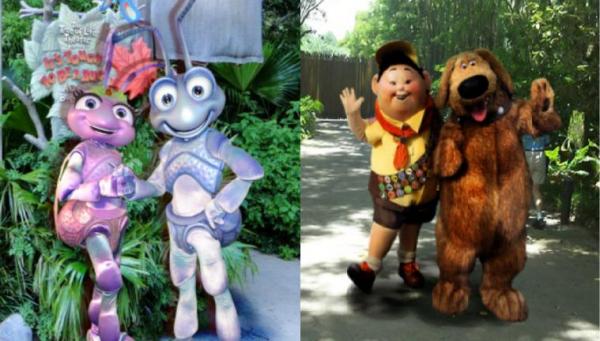 Save Flik and Princess Atta as permanent characters.

1973 people have signed this petition. Add your name now!

Recently back in 2012, Dug and Russell have replaced Flik's meet-&-greet spot by "It's Tough to be a Bug!" at Disney's Animal Kingdom. And the regular character meet-&-greets for Flik have been discontinued. Flik could also be seen with Princess Atta in the Pixar Pals' Countdown to Fun parade at Hollywood Studios, which ended on April 6th, 2013.

Since "It's Tough to Be a Bug!" is an "A Bug's Life" attraction in Animal Kingdom, I declare that they should have a permanent and regular character meet-&-greet spot next to the entrance of the attraction with Flik and Princess Atta. Because I do remember meeting Flik there back in December 2011, that made a lot of sense. For Flik is the host of "It's Tough to Be a Bug!" and the Tree of Life is the home of "A Bug's Life."

While within that, we shall transform the character spot at "It's Tough to be a Bug!" where the Fastpass machines used to be, into a total and complete "Bug's Life" character meet-&-greet called "It's a Bug's Life in Paradise" where Flik will continue to meet and greet with Princess Atta permanently on a daily basis.

New character arrangements for Disney's Animal Kingdom that are bound to happen shortly. So let's sign, support, and bring Flik and Princess Atta back to Walt Disney World forever.