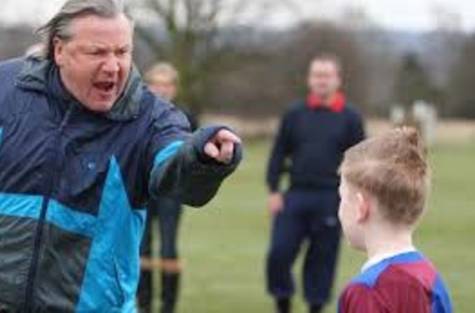 JJ Craddock has been very abusive to the parents, referee's, other coaches and especially to the student athletes he was supposed to be teaching. It has been discovered through conversations and interviews that Mr. Craddock had been removed from coaching the girls soccer team at Randall after extreme verbal and emotional abuse. After talking to many of the girls who played for Craddock and to their parents we were told that after they threatened legal action he was removed from coaching the girls and put in charge of coaching Randall's boys team. We have been told by another coach that Craddock has also been told that he was also no longer eligible to coach for Kids Inc. due to the same abusive behavior again to all of the above mentioned parties. This post will be updated when we receive corroboration from Kids Inc. Mr. Craddock always spins the situation to make it look like he has done nothing wrong and has no responsibility in any of these situations. When confronted by other parents and his superiors he lies and denies any wrong doing. He treats children like they are whipping posts and shows them absolutely no respect. He takes away their dignity and leaves them feeling humiliated. After many meetings with Mr. Craddock he is belligerent and refuses to listen. He says that he is turning the boys into men and if they cannot take it then they are weak and should quit because they have no business being athletes. When he has been angered by the students he has never personally put his hands on them, but he has put them into dangerous drills such as having the soccer players who are not wearing any protection stand with their hands behind their backs while football players tackle them at full speed. When he feels questioned by any student he yells and curses at them. This year a player told him that he had an opportunity and wanted to leave the team to pursue Theater as a possible college major and career and even though the student is supposed to come first, Craddock told him that he wasn't happy about that and if Theater was considered a UIL activity that he would figure out how to make it where the student couldn't do it because he was needed on the team. He has no sense of fairness and consistency. He will punish one child for something and then let others slide for doing the same thing or worse. He will ignore the Athletic Handbook and inadvertently throw a kid off the team just because he doesn't like them and then let another kid either stay or come back to the team after things as serious as getting caught for drinking and doing drugs, sometimes even for doing those things on school property. The worst thing of all is Craddock trying to talk a child out of going to college just because another kid he does not like might be attending that particular college. After the student decided to visit that college, tried out and received a scholarship and then brought back a letter from the college coach, he was thrown off the Randall team and told that he was unreliable even though he missed high school practice to try out to play soccer in college. How is that promoting a students decision to pursue higher education? What type of a selfish teacher tries to talk a kid out of going to college and throws him off the team? This and everything else mentioned goes against many many things in the Employee Handbook. This is not even close to everything that has happened, but it does begin to illustrate what people have dealt with. Please do not just take this petitions word for it. Talk to other people involved for yourself and get their point of view and insight. Mr Craddock has no place coaching children of any kind, and must be removed immediately. Please share this with other parents and students. We need as many signatures as possible to truly make a difference.

I said I would update this after I talked to Kids Inc. after speaking to them today I was told that although most of Craddocks terrible behavior was as a player in adult leagues that there is a mutual understanding with him that they want nothing to do with him in any capacity whatsoever ever again.