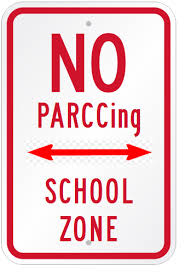 Whereas, MCAS has a proven track record in Massachusetts, and

Whereas, Massachusetts has ranked #1 in the country consistently by NAEP and #3 internationally in the TIMSS comparisons, and

Whereas, Massachusetts has led all other states in achievement for an unprecedented five MCAS testing cycles in a row.We would lose control of our autonomy and flexibility for educational improvement in Massachusetts and within our own school district, and

Whereas, Mitchell D. Chester is the Massachusetts Commissioner of the Department of Elementary and Secondary Education (DESE). He is also Chair of the Board of Governors of the Partnership of Assessment of Readiness for College and Careers (PARCC). There is question regarding a conflict of interest and represents a serious breach of trust, and

Whereas, PARCC has no demonstrable track record, and

Whereas, PARCC testing takes double the amount of time it takes to complete MCAS testing; focus on teaching our students to the test increases, and

Whereas, our limited technology resources will be taken out of student's hands for educational use in order to use the computers for many days of lengthy testing twice a year, and

Whereas, the financial drain created by constant technology investments and upgrades due to ever evolving requirements for implementing PARCC testing shall continue to stress the annual town budget, and

Whereas, the local School Committee and its elected members are responsible for making the decision to choose MCAS or PARCC for the upcoming school system's assessment test for 2014-2015, and

Whereas, should School Committee members vote in favor of adopting the PARCC test for our school district for 2014-2015 at the next School Committee Meeting on June 25th at the Charlton Middle School there is no going back, and

Whereas, adoption of PARCC testing will decrease each State’s individuality of setting their own standards and testing tools, only to have the federal government control how and what our children are taught and testing methods, and

Therefore, We, the undersigned, urge our elected School Committee members, and through them, the School Superintendent to choose to stay with the successful MCAS assessment for 2014-2015, take necessary time to assess options for moving to a future computer-based test, and to not squander MCAS success in favor of PARCC, an untested and unproven assessment administered by a private entity with a history of failure.