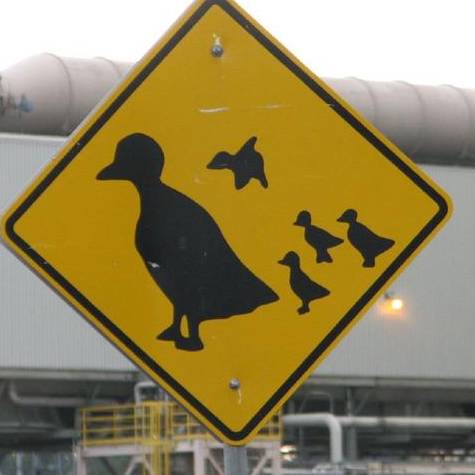 The reflecting pond of the city of Carmel is just one of its many beautiful places to enjoy. Not just for people, but also for wildlife, especially ducks, who encourage their little ducklings to swim around in it. However, the ducklings sometimes cannot get out of the pond after getting into it. The people who live near it have been putting in ramps so that the ducklings can climb out; however, city construction workers have been instructed to remove these ramps after seeing them. As a result, many baby ducklings have died in the pond. While Providence Wildlife Rehabilitation has been catching and releasing ducklings stuck in the pond, they cannot always come to the rescue before some ducklings die.

We are asking the city of Carmel to allow the addition of ramps to the area to help the ducklings' survival instead of letting them die. The ramps will not disturb the aesthetics of the area since they can easily be hidden in outcroppings of wall surrounding the pond and taken out after breeding season. Also, as the city of Carmel strives to be more eco-friendly, neglecting this issue is surely a step backwards from this goal.