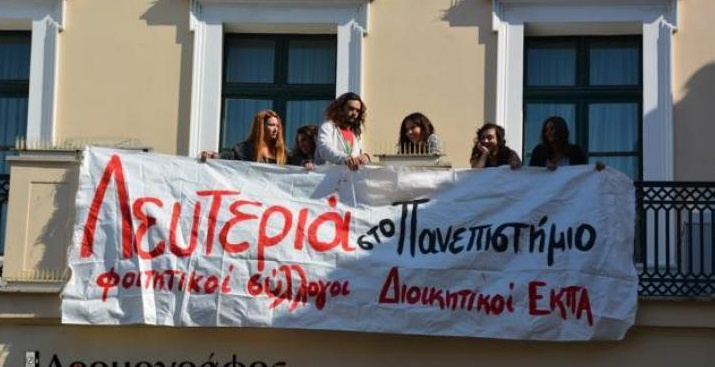 We, the undersigned, demand that criminal charges against university activists Alexandri, Pentogalou, Sotiris and Xagoraris are dropped.

Autumn 2014 was a period of intense conflict in the University of Athens. The previous academic year there had been a big mobilization against the potential lay-offs of clerical staff that were part of the austerity package imposed by Greece’s creditors. In the 2014-2015 academic year students and union activists were protesting against the authoritarian practices of the University of Athens Rectorate. Moreover, students were protesting against the annulment of student participation in university governing bodies and against the consequences of austerity.

Many unions in Greece have already expressed their solidarity to the accused, including the Confederation of Civil Servants (ADEDY). They denounce the criminal charges as an authoritarian attempt to repress and restrict union activity and penalize solidarity to the student movement.