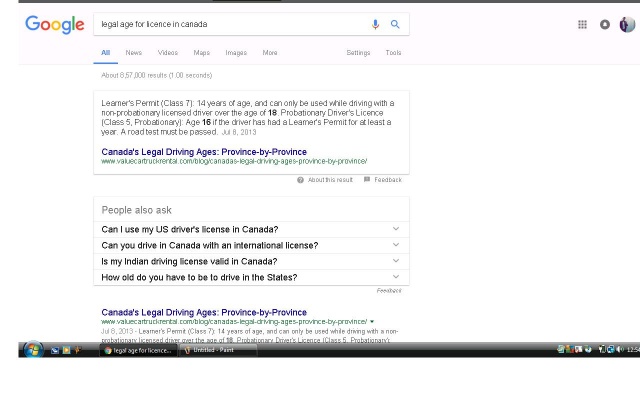 The legal age for driving in India is 18 and above. But what I think is that driving license shouldn't be given to people on the basis of age but on the basis of how they drive by checking their driving skills. Some people can drive good at the age of 14 but can't get a license whereas some people who are 18 plus drive rash on the road. Moreover, in countries like Canada, New Zealand, South Africa, Australia and America have 15 plus as the legal driving age. Also, bad drivers on road tell us how corrupted our system is, because bribing is the only way bad drivers can pass the strict driving tests. In India, 1 out of every 10 people who drive vehicles are underage and are anyways going to drive no matter if they have a license or not. Why cant the procedure be just like it is in every other country? Conduct strict tests, both practical and theory. Give permits to those who the instructor/Test conductor thinks is mature and can drive on the streets of India. If not a permanent license, the underage drivers should atleast be provided with a learners license at the age of 16 and above. As per the current law, People over the age of 16 years get a learners license and that also for a not-more-than-50cc gearless vehicle. What is the point of this learners license? Hardly any vehicle comes under 50cc range. So,speaking on the behalf of every Indian teenager, people who are 16 and above should be given the chance of appearing for the driving license test, and if they pass it, they should be provided with a learner's license. Please look forward to it.