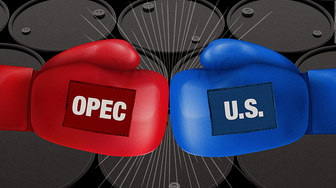 We need to get off of OPEC oil!!! We need to start drilling more in the U.S. and during that start getting to the alternative energy plan. My plan has about 3 steps to it…

3. Start alternative energy when we know it is safe

That is basically all of it… But the top priority is to get off of OPEC oil! The reason that is because if they jack up the prices all of sudden we have our own oil to fall back on and then eventually the alternative energy would start up. So if we got off of the oil we would haveoil and alternative energy also. Then we could have about half rely on oil and half of the alternative energy. In 2008 the U.S. imported about 9.8 Million barrels of crude oil which is about 3.5 Billion per year. Most of those barrels were coming from Middle East/South Africa countries except for one country. If it was 2008 and they jacked up the prices to the oil we would be going to to way more debt than we already are. So as a citizen that is going to be the next genaration in charge we need to make change so when we get there to be the president or so high power job those can already be done.