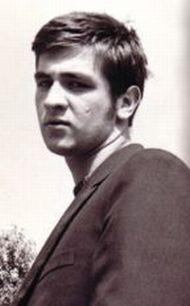 1883 people have signed this petition. Add your name now!

Dr Esad Sadikovic was a a member of the international health organization "Doctors without Borders", an activist of the United Nations and President of the Medical ORL Association of the former Yugoslavia.

As a young physician organized and coordinated in Samoa and Libya. Prijedor's leading intellectual who was 90-of the last century called for understanding and peaceful resolution of political tensions.He has published articles in the local newspaper "Kozarski vjesnik" denouncing the political situation.
1992 Dr Esad Sadikovic is being detained in a Serbian concentration camp of Omarska. There is continuing its humanitarian mission, healing, helping and encouraging. He was executed on August 5 1992 and his remains were found in the cave next to Sanski Most.He was buried in Prijedor on 29 July 2007. @2011 Sam Hadzalic

Please provide your full name, and your e mail address
Thank you for your support.

Street is located in the town of Prijedor, Bosnia and Herzegovina