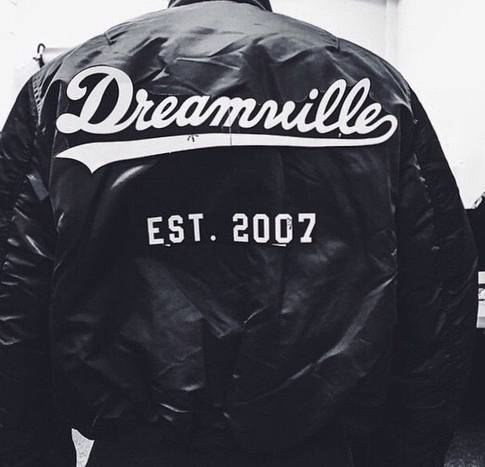 Dreamville should release the Dreamville bomber jackets and New Era caps for the fans!

Dreamville has teased their fans for ages with glimpses of two incredible items of purported merch, but have yet to release them.

The first being officially licensed New Era branded snapbacks/fitted caps. The first iterations seen with the original DreamVille stylized logo on the front, the more recent versions have the simple D logo on the front panels.

The second item is the official Dreamville bomber jacket. As cool as the Fuck Money, Spread Love bomber jacket is, the bomber that has been teased since around the time 2014FHD released features a true bomber style, Dreamville, Est. 2007 across the back and the D logo on the left chest.

As far as our knowledge, both of these items have only been friends and family releases for the label, but just as it look almost two years for fans to be able to purchase the recently released Dream beanies, we hope to see these items in hands of the supports sooner rather than later!

Let's get this going so Ib, Cole, and the rest of Dreamville can feed the fans who wait on these items.