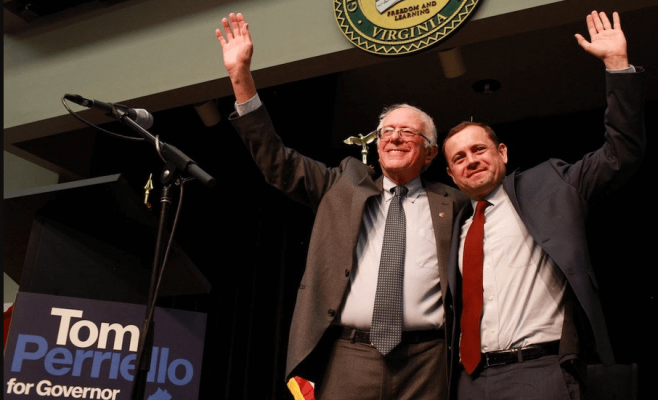 Draft Tom Perriello for US Senate

Petition to Draft Tom Perriello to Run for US Senate

The crises facing working families in this country are too important to let the status quo go unchallenged another year. Virginians deserve better from their representative than Senator Tim Kaine is offering. We deserve a senator that takes a stand for all Virginians.

With growing support within Virginia for single-payer healthcare, paid family lead, and decriminalizing marijuana, Tim Kaine has shown himself to be stubbornly out-of-step with Democrats’ shifting priorities and progressive goals. In addition, his strong backing from banks and insurance companies are a conflict of interest that disqualifies him from earning the trust of families struggling with debts. We believe that giving Virginians a chance to vote on these crucial issues that greatly impact their lives is an incontrovertible good.

With just over one month until the filing deadline, no one has thrown their hat in the ring to take on Kaine’s status quo politics. Because running for US Senate require’s 10,400 signatures spanning across all 11 of Virginia’s congressional districts, the only person with statewide supporter that we can count on to represent progressive values in this election is Former Congressman Tom Perriello.

Perrellio’s courage to challenge Governor Northam’s centrist campaign and his endorsement by Our Revolution are enough to prove his progressive bona fides. He has also stated his awareness that a bold populist alternative to establishment politics is the only deterrent to Virginia Republicans’ drift to the far right.

Please sign our petition if Virginia is your home and you agree.