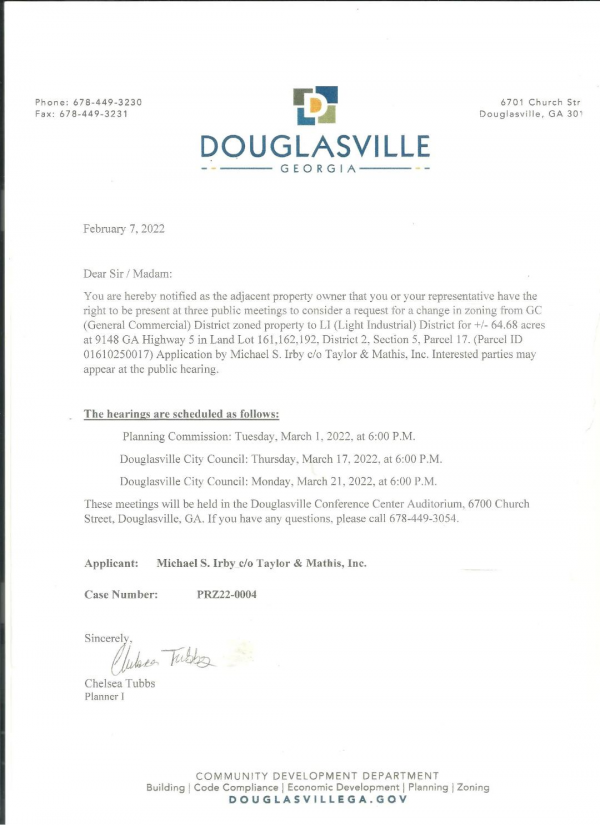 A special thanks to everyone who attended the Planning Commission meeting on March 1, 2022.

Please sign this petition to oppose the request for a change in zoning from General Commercial to Light Industrial for 64.68 acers at 9148 GA Highway 5. This change will impact our communities negatively by allowing companies to build industrial buildings, up to 50ft high or more in a specified area, adding to the already unbearable congestion and traffic issues.

Also, please plan to attend and encourage your neighbors to attend the 2 upcoming City Council meetings on March 17th and March 21. Both meetings will be held at 6pm in the Douglasville Conference Center Auditorium. Large numbers will show our strength and concern about keeping Rose Ave. beautiful. Everyone is encouraged to wear red shirts to the meeting as we stand in solidarity opposing the new zoning proposal.

Provided below is a list of Douglasville city official emails to contact to express your thoughts in reference to the zoning proposal:

Also, here are a few concerns that were submitted regarding the zoning issue: