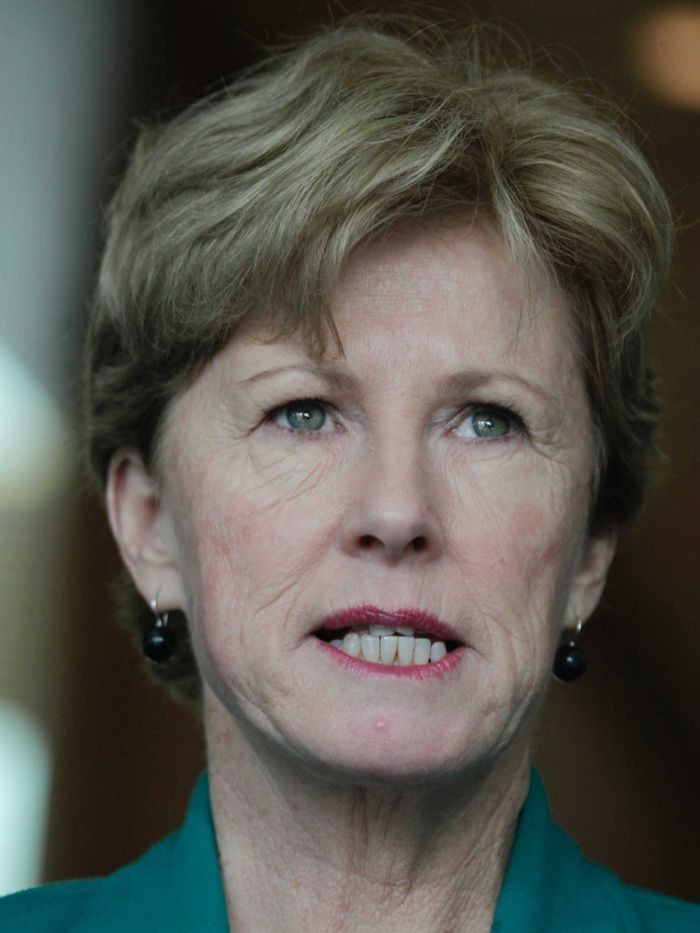 Tony Abbott: Don't gift the Greens the permanent balance of power in the Senate

A recent Senate committee has recommended that Group Voting Tickets be abolished. This would be a disastrous decision for Australia.

Why? Because, as will be explained below, this will result in Labor+Greens having a permanent majority in the Senate, with the Greens permanently with the balance of power. Of all the decisions the government could make, this is undoubtedly the worst for the future of our nation, and will have consequences decades into the future.
The proposal is to abolish Group Voting Tickets in favour of optional preferential above the line voting in the Senate, similar to the system used for the NSW Upper House. This sounds initially reasonable, however, each NSW Upper House election elects 21 members, with a quota of 4.5%. Each state however only elects 6 senators per election, with a quota of 14.3%.
It is well known that under an optional preferential system that, due to the expiry of votes (most people just vote 1), candidates can be elected on less than a quota. This was evidenced by the final positions in the NSW election being won with 0.4 quotas. Polling above 0.5 quotas is often enough to win the final spot.
This means if the Greens poll 8%, and Labor 22%, they will have just over 0.5 and 1.5 quotas respectively.
In this case, even if the Liberals poll 50%, Labor and the Greens will achieve 2 and 1 seats respectively. That's 3 out of 6. And it's very hard to poll an absolute majority, as some of the vote will go to minor parties.
The government is proposing a system that would entrench a Labor+Green majority in the senate. Permanently. Indeed, if Labor outpolls the Liberals in just one state, that extra senator will be enough to gain a majority in the Senate.
Not only that, but the government is proposing to help the Greens ensure they gain 12 Senators and control almost a 1/6th of the Senate with only a 1/12th of the national vote.
Why is this system okay in NSW, and not okay for Senate elections? Because 8% in a NSW election wins 2/21 seats. 22% wins 4/21 seats. So a 30% total means 6/21 seats. But 8% in a Senate election is enough for one senator. 22% is enough for two senators. That's 3/6 for 30% of the vote.

No single party has ever won 4/6 senate seats, and is unlikely to do so, the vote required is too high. The coalition achieved 4/6 seats in Queensland in 2004, but that was only because the Nationals ran a separate ticket. Had the Liberals and Nationals ran on a joint ticket they would have only achieved three Senators.
The only way to stop the Greens winning a seat in every state, and Labor+Greens having a permanent Senate majority,.is for minor parties to pool their votes to beat the Greens. Under the system proposed, much of the vote for minor parties like the Liberal Democrats, the Christian Democrats, Family First, Shooters and Fishers, etc will just expire instead of flowing to each other than the coalition.
Instead of those votes either helping to defeat a Green or ensuring a Coalition member is elected, they will be wasted.
We understand there can be some tweaks that could be made. We propose the following:
1. We support the recommendation that parties require 1500 members, with the proviso that individual state registration can be achieved with a proportionate number of voters.Smaller parties could still enter by getting registered in individual states first. For example, whilst NSW, having a third of Australia's population, might require 500 members, Tasmania may only need 100. Parties with single state registration could only run in that state, reducing ballot sizes.
2. We support allowing optional preferential voting below the line.It is silly for people to be required to number every box. The ballot paper should recommend 6 preferences, however in the end all votes should be counted, even just 1 votes.
3. We do not oppose a threshold, provided it is no higher than 1.3%.Why 1.3%? Because there are 76 senators, and 1.3% is 1/76th. It's fair that if you get 1/76th of the vote, you should have a chance of getting 1/76th of the seats! All candidates who have achieved quota will be elected and have their votes distributed, and then any candidates with totals below 1.3% will be eliminated on bulk.
4. We oppose the removal of Group Voting Tickets. We should be aiming to maximise voter choice. It may be that many voters may just want to follow their parties preference ticket. They have a right to vote that way now, and a convenient method of doing so should not be taken away. However, we understand that people may want to distribute their own preferences, or not at all. Allowing optional preferential voting below the line

This proposal addresses the issue of micro parties getting into the Senate on preferences on tiny vote totals, by ensures that reasonably sized minor parties that would get elected on a proportionate basis have a chance to get elected, and beat the Greens, and gives us a fighting chance to keep the Greens out of a balance of power position in the Senate.

Please spread this to all like minded friends and in particular, to Coalition MPs. There's a reason the Greens are supporting these changes, don't let the Government do the Greens bidding!