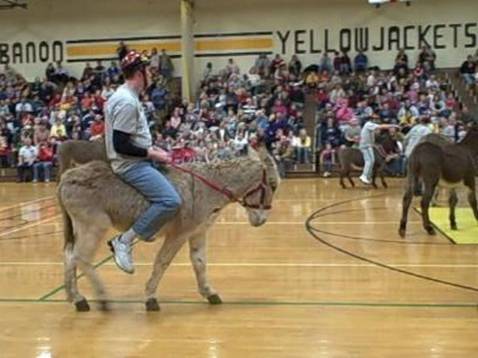 It is PERFECTLY SAFE for donkeys to play basketball, justice warriors. There are letters from licensed veterinarians. It is a charity event, involving animal charities. There are other, much more important things out there, things not proven wrong by licensed professionals. Petition those issues. These donkeys have been trained for this, they aren't animals wrongly taken from farms. I'm liberal, but i'm not THAT liberal.

Donald Trump is winning the primaries, protest that.