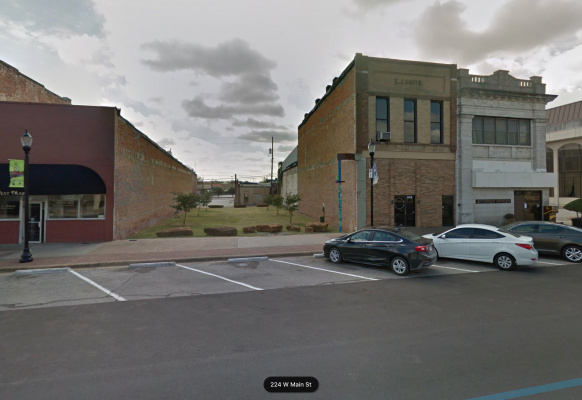 How many people on Main Street own a dog and do not have a yard for little Fido to run all his energy off? There are plenty people! As a Main Streeter myself, I am bummed for my dog because he has no place to “unleash” his energy safely! I am even more bummed there is a perfectly good space of grass on the 200 block that is not being used that could easily be turned into a dog park for our dogs! I say easily because the fencing that was needed to make it a dog park was going to be donated. The City of Denison has plans to make this area of grass into a fancy place for people to sit which is not a need for Main Streeet. There are already plenty of places for someone to sit and enjoy this Texas heat. What there aren’t plenty of places for, are areas where our dogs can run around and be dogs! I have debated leaving Main Street so my dog can have a place to run securely, and I cannot help but wonder how many people have decided not to move to Main Street because downtown Denison is lacking such an important part of downtown living. We need something closer than Waterloo’s dog park AND we certainly need something closer than Sherman’s soon to be developed dog park. The fact is that small dog parks are popping up everywhere in other city’s as the demand is there and it will make or break the decision about whether to live in downtown Denison or Sherman. I am asking for your support by signing this petition in hopes to open the eyes of the people who are developing Main Street so they will realize how many people need a dog park on Main Street in their life.