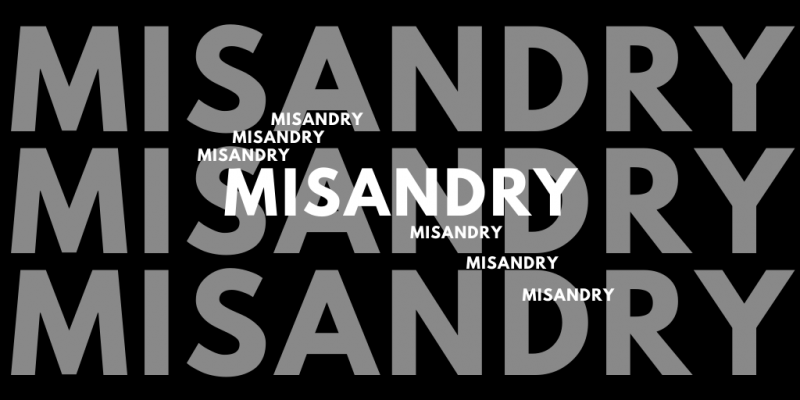 Every day I see posts.

Posts from vulnerable, hurting men. Men of multiple races and backgrounds. Men who are suicidal. Suicide is one of the leading causes of death for men.

Any psychiatrist will tell you. Constant denigration. Negative treatment and invalidation of emotions only exacerbate depression and suicidal tendencies.

So why then is doing so not only allowed. But welcomed on Reddit?

Misandry, according to Wikipedia is the hatred of, contempt for, or prejudice against men or boys.

Yet the "Misandry" sub outright denies it exists. Submissions are restricted. The only posts on the sub are a handful of exaggerated, misleading accounts of misandry from sexist users posing as men.

Yet since the moderators are still active elsewhere on the site (and moderating other male-oriented subs with similar prejudice) Nothing can be done. This phenomenon has been labelled "squatting"

if the "misogny" sub were similarly held by sexists who outright denied that misogyny existed. There would be outrage.

Yet these problematic subreddits exist. And there is little to nothing that can be done to bring attention to them. Sexists are allowed free reign. Users only have the option to report posts and comments. Which goes through an automated and ineffective system.

So when hurting underprivileged men go online to talk about their issues. Their feelings, Their lived experiences with things like rape and abuse. They're shut down. Denigrated, treated like they don't matter and nobody cares. They get the message that they are simply making up issues and that they are the source of their own problem. If not the perpetrator.

There's a word for this. Victim blaming.

This inevitably leads them into a further spiral of Addiction, Depression, Radicalization and Suicide.

And many will choose to lash out against women. Because much of the above is done under the guise of women's empowerment. In much the same way Transphobia is pushed by TERF's

The unfortunate truth is that if you are maximally mean to innocent people, then eventually bad things will happen to you. First, because you have no room to punish people any more for actually hurting you. Second, because people will figure if they’re doomed anyway, they can at least get the consolation of feeling like they’re doing you some damage on their way down.

This can be stopped. We can push back against hate.

So I am making this petition to herald change. To pave the way to more egalitarian treatment of men for the betterment of everybody.