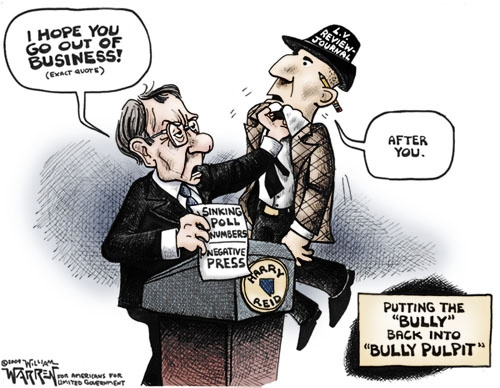 Do Not Name The Airport In Las Vegas After Harry Reid

2534 people have signed this petition. Add your name now!

On Tuesday, November 20, 2018 during a meeting of the Clark County Commission, Nevada Governor-Elect Steve Sisolak announced that he will seek to rename McCarran International Airport in Las Vegas after former US Senator Harry Reid.

*** 2021 UPDATE *** On February 2, 2021, Clark County Commissioner Tick Segerblom reintroduced this idea for consideration at the next Commission meeting. While this petition was originally written and launched in 2018, the first time the idea was proposed to the Commission, it is once again particularly relevant. If you oppose this idea, please sign and comment as to your opinion on the proposed name change.


We, the undersigned, strongly object to this idea and ask for reconsideration. The principal reasons are as follows:

1. Senator Harry Reid was not popular among Nevadans. In his last election to the United States Senate in 2010, Senator Reid polled at a more than 50 percent disapproval rating. A September 25, 2010 Las Vegas Sun article stated "Not only do more than half the voters dislike him, but a majority of those voters can be said to disdain him." In the current highly partisan political climate, we can do much better than honoring someone whose mere mention raises such strong emotion, the majority of those emotions being negative.

2. As unpopular as Senator Reid was among Nevadans, he was more unpopular in our country as a whole. The Washington Times ran a story on October 6, 2014 titled "Harry Reid hits a new high in the eyes of Americans - in unpopularity" The article references a Gallup Poll showing Senator Reid's favorability among Americans dropping to 21% with his net favorability score at minus-24%, the lowest of his career. In a city that heavily revolves around the tourism industry, and where so many Americans come to spend some time of enjoyment away from their normal routines, welcoming them by highlighting the name of one of the nation's least liked politicians is completely opposite from the welcome they should receive upon arriving in Las Vegas.

3. If the airport is to be renamed after a person, there are many iconic entertainers that performed on the Las Vegas Strip for years, and whose names would elicit positive imagery. If the Commission wishes to rename the airport after an individual, we would do well to examine our rich history and choose such a performer.

4. Alternatively, the naming rights for the airport could be auctioned to a company in an approved industry, just as they are in major athletic stadiums and transportation venues throughout our country. There are many underfunded programs in Clark County, and money from a sale of naming rights could provide valuable funding.

Whether the airport is renamed after a notable person or the naming rights are sold to the highest bidder, there are clearly better options to welcome Las Vegans home or welcome guests from all over the world than showcasing one of America's least popular politicians and one who almost symbolizes the partisanship and division in America today. We urge Governor-Elect Sisolak and the members of the Clark County Commission to scrap the idea of renaming McCarran International Airport after Harry Reid.