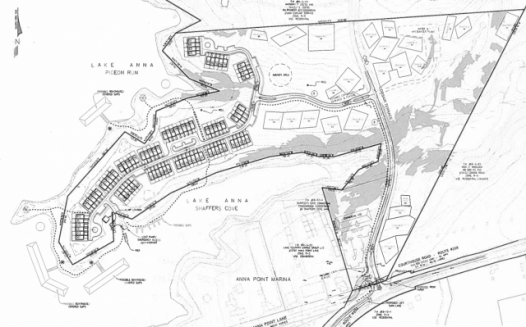 Do NOT Allow Zoning Change for Point Seanna

Project R15-0006 Point Seanna is 47 acres of land zoned for Resort Commercial (RC) and Resort Residential (RR) which allows by-right potential of 6 units to be built (page 26 of the meeting agenda).

The land owner, David Hunter wishes to rezone this property to allow construction of 85 town homes along with a commercial section. The neighbors and property owners of property near this property (the Neighbors) signing this petition oppose the approval of this zoning change and prefer the zoning remain as it is and the property developed according to existing regulations.

The Neighbors feel these changes to the zoning and the clear cutting of so many trees will result in increased run off increasing nitrogen, phosphorus and other pollution to lake Anna, in addition to potential problems from a large septic system. Neighbors have concerns about problems to existing wells from the large water draw from the new wells on this property.

Neighbors further have concerns about the traffic issues caused by the poor design of the proposed intersection which does not allow enough distance between the Rt 208 intersection and a new intersection with Anna Point Ln resulting in blocked traffic to Anna Point Ln backing up onto Rt 208 west bound because the west bound taper will not be adequate in such situations.

Neighbors also feel the proffers are far too low with inadequate compensation to the county for the impact on roads, schools and public safety.

Neighbors oppose the loss of 30 acres of Resort Commercial (RC) zoning which would provide a variety of commercial facilities and amenities.

In particular the Neighbors are concerned that the large private septic system will eventually be problematic and require intervention by the county to assure proper operation and the fact that approval of this project will set a potentially expensive precedent that will allow many other such systems to be built resulting in commitment by the county to large expenditures in the future.

The Neighbors of these properties request these zoning changes be denied.