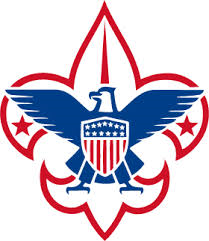 Do not allow the BSA to limit youth age to 18.

Recently, a secret ballot on the national level of the Boy Scouts of America has decided to limit the youth age to 18. In the boy scouts program, youth are allowed to be openly gay until they are 18 years of age, becoming an adult. Once an adult in the BSA, you are no longer allowed to have these feelings. When they first opened scouting up to gay youthat the beginning ofthis year, they overlooked programs such as Venturing, Sea Scouts, and Explorer Scouts. These programs are originally meant to allow for further growth in the scouting program that can be brought back to the troop, thereforehaving a longer age limit. In the listed programs, boys(and girls in some cases) could be openly gay until the age of 21. Many homosexuals were excited about that, being who they are and not wanting to change, and the BSA soon found out. Unhappy and fearing future molestation law suits, the national board held this secret ballot to limit the youth age of these programs to 18.

What does that mean to the BSA program?

Already, the BSA's tremendously low numbers that foreshadow an early end to the 104 year old program. If these programs are limited to 18 years of age, there will be no more opportunities to bring leadership skills back to troops. Especially since many boys wait until they get their Eagle to join the program, leaving a short amount of time. Numbers will continue to fall as people leave the program in disgust, and eventually the BSA will turn to dust, being remembered as the hate group that it is becoming.

A Scout is Trustworthy, Loyal, Helpful, Friendly, Courteous, Kind, Obedient, Cheerful, Thrifty, Brave, Clean, and Reverent. Let us not forget what we stand for.