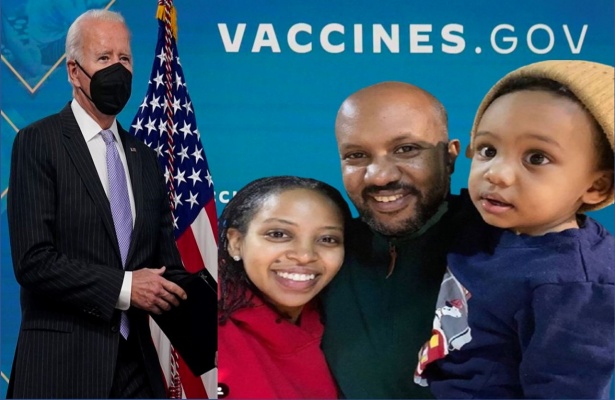 ENOUGH! Filing a Lawsuit in Texas Against My Employer’s Covid-19 “Vaccine” Mandate

Let me state from the outset that working for ******** has been a blessing of all blessings. After being employed in the IT/Telecom sector for more than two decades, I can say without a doubt that working for **** has been the pinnacle of my professional career. I have a manager who put me in a position to succeed from day one and my director and VP have likewise been supportive and made sure that my peers are treated more as humans and less as resources. While many companies pay lip service of putting employees first, **** has shown time and time again that the wellness and wellbeing of workers are of primary importance.

It is precisely because I am such an admirer of our company and so indebted to the culture of inclusion and worker safety that ****** has fostered that it pains me to write this grievance letter. I am astounded that the company that I thought would go to bat for their employees at all turns is now in the process of discarding a significant number of their workforce not out of public health concerns but because they don’t want to lose access to Federal funds.

For the record, I am not a Covid-19 denier given that my mother died from this dreaded virus on May 15th, 2020. Moreover, I am not an "antivaxxer" given that my son received his recommended shots and I likewise have been vaccinated from the time I was a child to now. I am not anti-anything, I am pro-common sense and pro-proven science. Though there are many things we do not know about these mRNA and adenovirus “vaccines”, there is one fact that is settled, the “vaccines” do not prevent contraction nor transmission of Covid-19. Ergo, by definition, these still experimental boosters are not vaccines at all.

My wife and I contracted Covid-19 in February and we both recovered, as do more than 99% of people who catch Covid-19. I recently got tested for titers (which indicate whether or not someone has Covid-19 antibodies) and the tests confirmed that I do. Studies out of Israel confirm that people who have natural antibodies fare better and have longer immunization than people who get injected with these “vaccines”. At the very worse, I am in the same boat as people who got “vaccinated” and, according to many experts and NIH’s own website (which my lawyer will introduce as evidence if this grievance goes before the courts) affirm that natural immunity is more optimal than the artificial antibodies one gets by way of injections.

We live in a time where truth is subjective and facts are selected like produce in grocery stores. What is beyond debate is that these “vaccines” do not offer society any protection from the transmission of SARS-CoV-2. Putting aside the CDC’s dubious statistics, the truth is that the number of people who are getting Covid-19 post “vaccination” keeps rising on a daily basis. So then what is the point of subjecting my body to a “vaccine” that will not prevent me from catching Covid-19 or passing it on and incurring the added risk of developing short-term or long-term health complications.

Let’s call this what it is, this is big brotherism from DC in ways that would make the founders of this blessed nation spin in their graves. My father and mother took us out of Ethiopia in 1982 fleeing fascism only to now see this country that I love go the way of my birthland. What is clear is that people like me are being persecuted, two months ago my two-year-old son and I were banned from eating at a restaurant in New York City because I did not have proof of “vaccination” on me.

What occurred at the restaurant in Manhattan was backdoor segregation. ***** is now embarking on the same course, given that the largest group of the non-vaccinated are people of my complexion, this is nothing short of de facto Jim Crow where people are being bullied based on their skin color, personal beliefs and/or health status. A generation ago, Jim Crow thrived in America because good people who could have made a difference chose compliance instead of speaking up for justice, we are now witnessing this very same form of exclusion under the guise of “the greater good”.

I now face the very real prospect of losing my job, losing access to healthcare for my wife and son and potentially becoming homeless because of my health care choices that should be private and not be subjected to the whims of corporations or government. I do not know what has become of us, we no longer have to wonder how Germans could have allowed Hitler to rise to power because we are witnessing in real-time the very paradigm that gave birth to Nazim.

As a half-Semite Ethiopian whose grandparents’ generation had a chemical holocaust committed against them by Mussolini in the 1930s, I use that comparison with full intention. This is how atrocities always start, using the pretext of patriotism or public safety, tyrants nibble away at freedoms of an unprotected class of people before they take out hacksaws and hack at the rest of our freedoms.

To this end, I have zero intention of filling a religious exemption form because I will not negotiate for my freedoms. As a tax-paying American citizen, an employee who ranked in the top 2% of the entire ***** workforce and a human being with God-given rights, I am taking a stand on behalf of myself and other employees who are willing to risk getting fired or have been cowed into compliance.

This is an official grievance letter, I have retained a lawyer who specializes in retaliatory firings and media relations. As an employee with a stellar performance history, if I get fired before January 4th, it will be because I filed this letter with Human Resources and my management. If I get fired after January 4th, I will immediately file a lawsuit not only against ***** but against our CEO ******, President *******, President of North America Enterprise and Public Sector ****** and Executive Vice President *********.

It gives me no pleasure to write this official grievance letter, I had hoped, and continue to hope, that I would retire at *****. However, jeopardizing my life for the sake of employment or risking homelessness and the wellbeing of my son if I choose freedom over fascism is a red line for me as I believe it should be for everyone. Moreover, as Ethiopians found out after Marxist despots took over the year I was born in 1974, choosing silence in the face of tyranny only encourages more tyrannical measures.

Consequently, I am filing this grievance letter on behalf of myself, my son and future generations. I hope others reading this letter are inspired to speak up and say no while a significant number of their peers are about to get fired. I pray likewise that leadership reconsiders and places value on the lives and freedoms of their employees instead of treating us like resources bereft of freedoms.

Please read the entire grievance letter as well as the latest update that now has the intention to file a lawsuit in Texas against my employer by clicking on the link below: