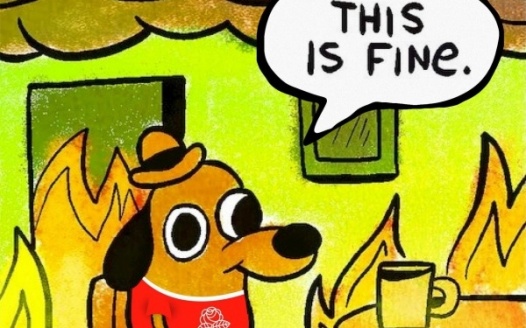 We, the undersigned, write to express our support for the temporary dissolution of the Bloomington-Normal Chapter of the Democratic Socialists of America. It is our sincere belief that this is no longer a viable chapter that can operate under the bylaws it has created for itself. At this time there is an insurmountable amount of distrust (warranted or otherwise) towards the chapter’s Executive Committee, as well the Election Committee. With less than a week to go until the scheduled officer election meeting, we do not believe that either of these committees are capable of conducting an election that a majority of members will accept.

Instead of continuing to inflict irreparable harm on one another, and continuing to erode the name of DSA in the eyes of the community, we propose that the chapter be dissolved from December 19th 2021 until December 18th 2022, by decree of DSA National, through a resolution passed by the voting body, or both.

The dissolution of the chapter on 12/19/21 would effectively terminate the incumbency of every elected member of the chapter (Executive Committee Members, Election Committee Members, HGO’s, etc). Upon completion of the one-year dissolution period, we propose that a new election be held for all elected positions (for which terms would last no more than 6-months during the first year back) with assistance and oversight from National.

By signing this statement, I affirm that I am currently a dues-paying or dues-exempt member of the Bloomington-Normal DSA Chapter (in good standing or otherwise) and that I support a 1-year dissolution of the chapter.