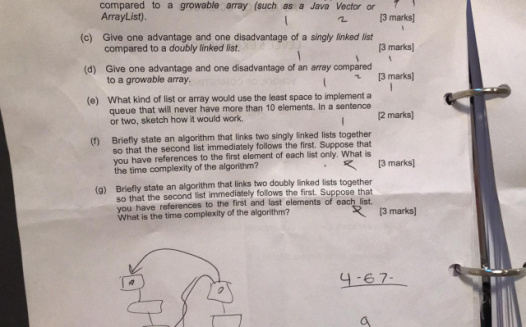 After recently sitting the Algorithms, Correctness and Efficiency paper and discussing it with fellow students, it has become apparent that the wording of Questions 1F and 1G were far too unclear regarding the expected solution.

The photo attached shows this question which starts by asking that we each "Briefly state an algorithm that..", from this opening line the question seems to be asking for an algorithm that already exists and will perform the operation it states. This question should have stated more clearly that we were intended to formulate/create our own algorithm.

As such, I believe that these question should be disregarded from the paper due to their lack of clarity and misconstrued meaning.