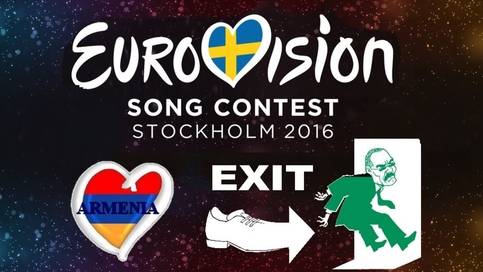 Disqualification of ARMENIA in the Eurovision Song Contest 2016

European people, don't must allow countries under totalitarian regimes, impose their propaganda in our freedom. And to use our song contest like a political tribune. For this reason, and because the settlement is clear about (only flags from countries officially recognised, can be used to Eurovision), this petition ask that Armenia be disqualified of the song Contest Eurovision 2016. They used our song contest for show a flag about territories not officially recognised (Karabakh). It's totally unrespectful of Europeans principles and lack of respect for our way of life. Thanks for support.