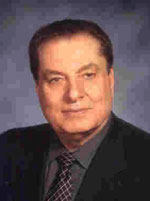 Dissolve The ICA Board

We the members of the congregation demand the immediate dissolution of the Islamic Center of America’s Board of Trustees (BOT). Our reasons are as follows:

1. The actions and inactions as Trustee members has resulted in the departure of another Imam.

2. The size of the Board is too large with 35 members. General Motors Corporation has 12 members. City of Dearborn has 7 Council members.

3. The sanctity of the religious institution has been compromised. While there are some devout and sincere members, all are responsible as a trustee member and should be held accountable.

4. Loss in public trust and the members of the congregation demands transparency and accountability.

5. The abusive and hostile environment towards other trustees, employees, internal clubs and the Imam is a gross violation of Islamic principles and values.

6. The defamation of the religious leader and Imam was poorly handled. The Board failed to take action and refute the false claims against him until four days after he resigned. This has been ongoing for over 5 years.

7. Shame on you for failing to take any true steps towards American style reforms. Lip service will not be enough. “ Hosni Mubarak” thinking is not welcome in the United States, especially to us Muslim citizens -citizens of the greatest country on earth.

“We the people” as members of the ICA congregation demand REFORMS now by empowering an interim board consisting of: the original founding members, the existing chairman and vice chairman, two members from the Women’s Society and Two Members of Young Muslim Association. Founding members (originally with Imam Chirri) are excluded and should remain.

We beg you to embrace true democratic reforms, and pray that you will have the courage to answer our prayers by this Friday.