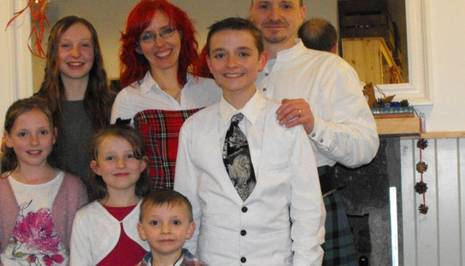 A Canadian family’s been given ‘til June to pack up all their belongings and leave the Highlands, after immigration officials cancelled their visa.

Jason and Christy Zielsdorf arrived in Scotland in 2008 on an entrepreneurial visa and set up home with their five children in Laggan, opening the area’s only store.

Over the past two years they’ve invested more than £200,000 of their own cash to build up the business, but are now being forced to sell it as their request for a visa extension was refused.

The Home Office claim the Zielsdorf family missed the deadline to apply and have now breached the terms of their current visa and are now classed as ‘overstayers’.

Jason Zielsdorf says it’s been an emotional few months for the family as they try to sell their family business and work out what do to next: