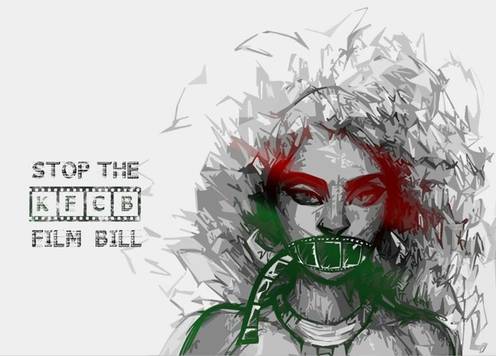 Disband KFCB and repeal Cap 222 of the Laws of Kenya

5658 people have signed this petition. Add your name now!

The Kenya Film Classification Board, led by Ezekiel Mutua, has proposed many absurd changes & charges that are nothing but an egoistical tool against the freedom of expression of the people of Kenya.

The KFCB is spending too much time & resources REGULATING instead of PROMOTING our industry, filled with creatives who are struggling to beat rising Kenyan unemployment.

Creative Kenyans must be given space to showcase their creativity and talents and further create more employment to the youth especially with the state of unemployment in this country.

Every person has the right to freedom of expression, which includes--

(a) freedom to seek, receive or impart information or ideas;
(b) freedom of artistic creativity; and
(c) academic freedom and freedom of scientific research.

A Kenyan filmmaker has to go through unnecessary fees such as a rating fee, distribution fee, daily production license fee, amid other absurd fees that drive away international (and even local filmmakers) to other countries who have better incentives & PROMOTE creativity & art.

Recently, even Youtube creatives & vloggers have to part with absurd fees to upload their videos on Youtube, for instance 5,000 KES PER WEEK for shooting your video, or if you're a filmmaker, 15,000 KES for a film license and 1,000 per day of filming.

Not forgetting, rating fees, distribution fees and submission of script to KFCB for approval.

A good example of how KFCB curtails Kenyan creativity was from a Film Bill they recently proposed:

Approval and Classification of Stage Plays

40(1) No stage play may be exhibited in a place to which the public or a section of the public is invited to attend , whether or not a charge is made for admission to the premises in which the exhibition is held, unless such stage play has been classified by the board

Applications for classification of stageplays

41 (1) an application for the classification of a stage play is to be made to the Board in the prescribed form.

The KFCB is clearly going against Article 11 and 33 of the Kenyan constitution. Not only that, but the KFCB is getting more & more irrelevant, overstepping its very mandate which is classification & rating only.

Now is the time to call for the disbandment of the KFCB, and either a thorough revision of Cap 222 (The Film and Stage Plays Act) of the Laws of Kenya, or its repealing.

Cap 222 has been there since 1962, and such laws are supposed to be amended to suit ever changing technological advancements and evolution of creativity & art.

We cannot allow the creativity of Kenyans to be curtailed by egoistic individuals who are weaponizing Christianity to support their absurd cause, thus we must unite as Kenyan artists, creatives, filmmakers, stageplay practicioners, and all Kenyans sick of people who want to exercise dictatorship on Kenyan creatives.

Upon KFCB's disbandment & the resignation of Ezekiel Mutua, ALL bodies dealing with film in Kenya are to MERGE under one organization led by Kenyan creatives and young minds who understand the evolution of art & creativity, and ALL mandates are to fall under ONE organization which will focus on PROMOTING Kenyan creativity istead of unnecessary regulations, and will provide better incentives for Kenyan creatives to be able to earn a living through their art.

The time to act is now.