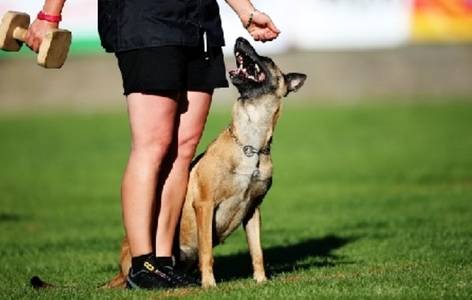 Disagreement with the new style of execution of the retrieve exercises in the IPO regulations.

1416 people have signed this petition. Add your name now!

The execution of the retrieve exercises (all three of them) has been significantly changed in the proposed new IPO regulations, which should come into force on the 1st of January 2018. Currently it is the handler who throws the dumbbell. The proposed change would have a steward place the dumbbell at the given distance.

This change will cause long delays in the obedience part of IPO and will significantly decrease the attractiveness of the retrieve exercises and in extension of the IPO sport as a whole. Obedience will lose its dynamics due to this change. The effect will be a declining interest of competitors, spectators and in extension sponsors.

We think that to preserve our beautiful sport, which is perceived to be the most difficult and highly regarded of the dog sports, it is imperative to make it as attractive for the both the professional and layman spectator. Lately, both the competitors and the judges strived to make the execution of the exercises more interesting (preferring speed, contact with the handler and dynamic execution). The change of the retrieve exercises is unfortunately a step in the opposite direction.

Considering the above stated facts, we want to express our strong disagreement with the suggested change. We want to ask the FCI utility dogs commission to reevaluate this part of the regulations and preserve the original style of execution of the retrieve exercises.