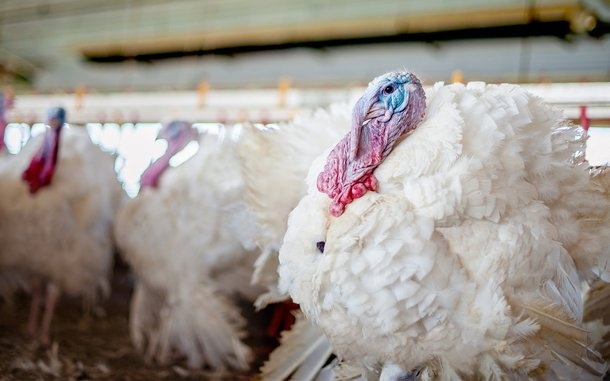 On November 28, 2020, the Honourable Marie-Claude Bibeau, Minister of Agriculture and Agri-Food, announced $691 million for a 10 year program to Canada’s 4800 supply managed poultry producers to provide full and fair compensation to the supply managed sectors for market access concessions made under the CPTPP. Approximately $96 million is to be allocated to the turkey industry. Turkey Farmers of Canada has agreed with the Federal Government that $37 million will be directed to marketing with the remainder being directed to on-farm investment over a 10 year period.

By contrast, the Canadian dairy industry is receiving direct payments. Dairy farmers will receive $1.75 billion in direct payments over the next four years.

We the undersigned licensed Canadian turkey farmers demand that Turkey Farmers of Canada and the Government of Canada direct 100% of the compensation funds to Turkey Farmers in the form of direct payments over the next four years which is consistent with the government's commitment to full and fair compensation and in line with the precedent established with the dairy industry.

What is the impact of the CPTPP on the Canadian turkey industry?

What will it cost turkey farmers?

Why did Turkey Farmers of Canada ask the Government to direct our compensation to capital projects and marketing support?

The following statement was made by the Honourable Marie-Claude Bibeau, Minister of Agriculture and Agri-Food on December 10th, 2020 in parliament: "In our discussions with the different poultry and egg sectors, producers told us that programs should focus on investment in capital projects to improve the efficiency of operations, as well as marketing support. Mr. Chair, this announcement was welcomed by the poultry and egg sectors."

Why does Turkey Farmers of Canada want our money to be spent on capital projects and marketing support?

The following quote was taken from a November 28, 2020 press release from Agriculture and Agri-Food Canada: "Turkey Farmers of Canada appreciates the announcement of mitigation funding required as a result of the CPTPP agreement. The access granted to our domestic market poses significant losses to Canadian turkey farmers. This funding will be used towards market development programs and for farmers to reinvest in their operations. We remain committed to continued work with the government and continued progress on this file."

Turkey Farmers of Canada already has an annual marketing budget over $5 million. More than half of this money is generated from a check off on every kg of turkey marketed by turkey producers. The balance is generated from our processor customers paying a check off on every kg of turkey processed. To date, there has been no transparency on what our money is being spent on and no real measurement of the impact it is having on increasing the demand or value of turkey in Canada. To allocate the money directed by the government for the full and fair compensation to our sector for the market access concessions made under the CPTPP to marketing when it is supposed to be compensating us for our income and equity loss without the consultation of its producer members is an abuse of governance. Marketing is not an appropriate use of funds designed to compensate farmers for equity losses.

Why must the money go directly to turkey farmers over the next 4 years in the form of direct payments and not to the Turkey Farmers of Canada to be used for marketing and/or cost shared farm investments?

Canadian Turkey Farmers are losing income and equity in their businesses as a result of CPTPP. Turkey farmers need the money which was promised by the government to provide full and fair compensation to offset the loss of net income on their farms as a result of losing 4% of their annual production and market share. A loss of 4% of annual production is not only a reduction in gross income from the foregone sale of turkey but also results in significantly lower net return because fixed costs are increased per unit of production when marketing a lower volume.

Direct payments is the most efficient way for the government to administer the funding and ensure that it accomplishes its intended purpose of providing full and fair compensation to the turkey industry for market access concessions made under the CPTPP. The CPTPP will permanently reduce Canadian turkey farmers' domestic market share.

Is it too late to change what Turkey Farmers of Canada already agreed with the Government of Canada?

No. The following statement was made by the Honourable Marie-Claude Bibeau, Minister of Agriculture and Agri-Food on December 10th, 2020 in parliament:

"The poultry and egg sectors were asking for investment programs and support for market development. This is why we want to have a new conversation, to make sure that it is still where they stand and to be able to develop and roll out the program as soon as possible."