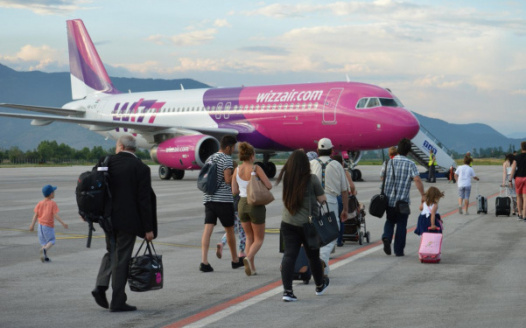 1340 people have signed this petition. Add your name now!

We all have had this experience traveling from Malmö, Sweden to Skopje, Macedonia and vice versa. If you got relatives in the southern part of Macedonia near Ohrid and travel there yearly you will get me and the point I'm about to prove.

Every year you have to take a 3-4 hour car-trip around curvy mountains and old, beaten up dirt roads to get from Skopje to Struga, Ohrid, Resen, Bitola etc. This after a 2-3 hour flight from Malmö, and believe me thats exhausting, especially in the summer heat. Working as Airport Security, I get to hear the same story plenty of times from other travelers, followed by the question; "Will they open up a direct route between Malmö - Ohrid? If so, when?". I often answer with "Hopefully soon" but that don't really get us anywhere. So after some years and questions being thrown around airport executives with no result, I, together with some friends and colleagues have now decided to take the matter in our own hands by making a electronic petition to make this flightpath/route come to fruition.

You maybe ask; "Why don't you just take a different flight path from a nearby city?". We've tried the one from Copenhagen (CPH) to Ohrid (OHD) via London/Luton (LTN), but that didn't work to well when we had some check-in luggage to claim and then re-check every time. And a crowded, hectic airport like Luton (London) didn't make it any better. And the only other routes is via Basel (BSL, EAP, MLH) or Vienna (VIE), no difference their.

So our proposition to Wizz Air, who is hopefully willing to fly this route, is if this gets to the hands of some high power executives/authorities in their company, then how many signatures of this petition do they need to make this dream scenario happen? A dream scenario not just for me and my family/friends but for thousands of other people as well. Still haven't got any relevant answer yet but in the meantime help us, help you by signing this petition and hopefully make this dream come to reality.

SHARE this petition on your different social media platforms (Facebook, Twitter, Instagram etc.), tell friends and family, and let this reach as many as possible. Hopefully we'll raise some eyebrows and get the attention of Airports, Airlines, Authorities/Executives/CEOs and so on!! #NoticeUs

PS: The donation page that pops up after you sign the petition does not belong to me or my page, DO NOT donate anything. It has something to do with ipetitions.com, I'm trying to take that down but nothing has yet happened. So again, DO NOT DONATE!!