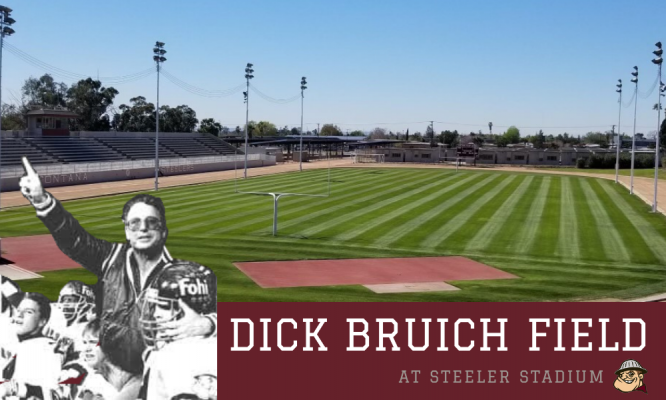 Coach Bruich is deserving of this honor, having over 30 years as a teacher and coach in Fontana (40+ years coaching overall). Coach B's impact on students and athletes is legendary.

Coach Bruich joined the Fontana High School Football coaching staff in 1975 as a defensive coordinator and assistant coach. And in 1977, he took over the helm of the football program. In his 22 years as the head coach of Fontana High School football, the Steelers won the 1987 National Championship, two state championships, two CIF championships, one CIF runner-up, four CIF semi-final appearances, twelve Citrus Belt League titles, and twenty-two consecutive playoff berths.

Coach Bruich's contribution to Fontana High School and the community at large merits this recognition and distinction.