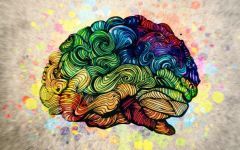 A controversial study was recently published aiming to reduce the likelihood of an Autism diagnosis and the 'severity' of Autistic traits amongst infants (Whitehouse et al. 2021). The study was widely reported throughout the media as an indication that it is possible to prevent or cure autism. These media reports, and the study itself, are being met with outrage by many Autistic people and their allies, alongside the Autism research and professional communities. Many feel that this is a strong indication that the study has the potential to cause harm to these communities--and may indeed be causing harm already. Anti-prevention and anti-cure discourse have been key components of Autism and Neurodiversity activism and advocacy for several decades. Unfortunately, the study and its reporting overlook this. We urge the research team behind this study to meet with a team of Autistic Autism researchers and advocates to discuss community concerns about the study and its potential risk of harm to the Autistic and Autism research communities.

The lead author of this study (Prof. Andrew Whitehouse) has posted a public statement addressing these potential harms, arguing that the study supports the values of Neurodiversity. However, we the signatories of this petition feel strongly that this study does not align with Neurodiversity values; and many professionals in the field share these views Several prominent figures in Autism research and professional spheres, alongside activism and advocacy circles, have articulated their concerns with this study in both social and mainstream media. Some of these views include:

Dr. Lesley Cook, Psy.D., LCP. : “The language in the study clearly has an agenda... We have lots of good data to show that early diagnosis of autism is really helpful, and early intervention is really helpful for autistic individuals, but it's helpful because it increases quality of life and caregiver interactions—not because it decreases likelihood of diagnosis. So I want to be really clear… be vocally critical of these researchers. They are preying on the fears of parents.”

Chloe Hayden, Autism Advocate and ASPECT Recognition Award Recipient: “Medical professionals have once again failed autistic children due to stigmatised, stereotyped ideas and diagnostic criteria that fails so many of us. Why does our society hold such a disgust towards autistic people; and even more so, towards a diagnosis?... Fewer autism diagnoses should never be the goal, disability deficit mindsets should never be normalised, our goals should be happier, more fulfilled autistic children. Want to help autistic people? Respect our existence.”

In response to these community concerns, we urge the research team and the institutions involved to meet with a team of Autistic Autism researchers, allies in Autism research, and community activists and advocates, to discuss the following:

1. This study arguably poses a significant risk of harm to the Autistic community in being framed as a study primarily about reducing the likelihood of Autism diagnoses alongside the 'severity' of Autistic behaviours. How can we learn from the public response to this study to better our research practices in the future?

2. How to mitigate any harm this study may have caused already--especially through platforming Autistic people and their perspectives in any further public discussions on this topic.

3. Which steps were taken to consult with the Autistic community during the design of this research study.

4. Whether it is possible that this study involves teaching Autistic infants to mask or camouflage their Autism. Masking and camouflaging are shown to have several negative consequences for Autistic well-being and quality of life, and this issue is a significant area of concern as raised by the Autistic community in response to this study.

5. The potential for reputational damage that could occur to both Australian autism research as a field, and the organizations involved in this study, as a result of the research framing and its reporting in the media.

This petition outline is co-authored by three Autistic researchers and advocates, and the five points above were selected to reflect the views of various Autistic communities (the general public, Autistic autism researchers, and advocates and activists) as shared across several social media platforms. A final team of delegates to attend any potential meetings on behalf of the petition signatories is being finalized, and will include a strong majority of Autistic Autism researchers and/or advocates, and potentially a minority of prominent allies from within Autism research circles--with all final decisions in regard to Autistic/Autism research community representation in the meeting being led by the Autistic coauthors of this petition. We hope to provide a transparent report to the public regarding any future developments related to this petition and any potential meetings with Whitehouse et al. and the Autism CRC

Whitehouse et al. 2021 and Autism CRC: Please meet with Autistic Autism researchers and advocates to discuss this study and the above five points.

Sincere thanks for your consideration.

This study poses the question:

Does preemptive intervention compared with usual care reduce the severity of autism symptoms and the likelihood of an autism spectrum disorder (ASD) diagnosis in infants showing early signs of ASD?

In this randomized clinical trial of 103 infants showing early behavioral signs of ASD, preemptive intervention led to a statistically significant reduction in the severity of ASD behaviors across early childhood.