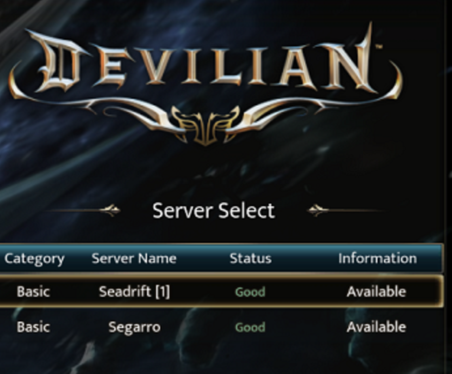 I am writing this because I am really pis*ed of by Trion and the direciton where Devilian is going as a game. And beacuse of that I am opening a petition, that Trion devs / and other staff will finally see what the community and the players want!

And not only that we want bug fixes, other stuff, but the most important we want merging of the servers, beacuse the population fell from 100% to like 20% active players and other 25% semi-active (I think that the same is happening on NA servers). That means that we can say there is 30% ''active'' players. That is ofcourse beacuse of Diablo 3 and Blade and Soul.

But still as I can see and read on forums and talk with people and my guild fellas and other ''community'' (if we can say that this is community) I came to conclusions that the merging of servers (as fast as you could do that - that means before or shortly after the patch) would be the smartest thing Trion could do for Devilian and Devilians which are dying to get new Patches which will include new content (yeah.. a lot of players left beacuse of that too).

With this short message I'm saluting you to sign the petition.