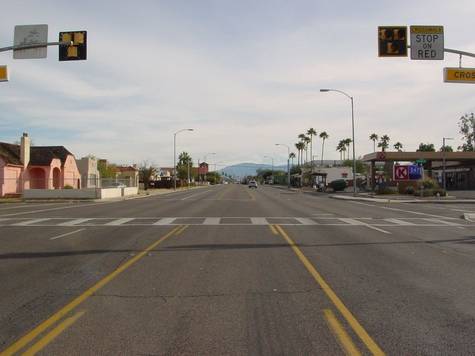 Say YES to smart development and NO to another bad alignment plan for Broadway. Why would we spend $75 million for no appreciable improvement in traffic?

The Tucson Mayor and Council decided at their April 19th Regular Meeting on how to proceed with the 30% design proposal on the table.

We urge you to sign the popular "Vote No Widening" petition below sponsored by the Broadway Coalition and ALSO submit your "opposing" comments on the 30% Design here at the City's website:

On April 19th, the City of Tucson voted to:

1) Widen Historic Broadway even though traffic hasn't increased for 20 years,

2) Demolish 30+ buildings and businesses, and

3) Ignore the community's overwhelming plea to design a vibrant, history and place-preserving, climate-friendly future where local businesses thrive and more people prefer to safely walk, bike, and use public transit.

The City’s alignment plan sets a horrible precedent for our economic future!

Stop wasteful public spending on unnecessary widening of roads when we need to revitalize our historic places leading into Downtown Tucson, repave our existing streets, and invest in alternatives to more cars.

I agree we should not widen Historic Broadway.

If you agree, please take the next step in supporting this popular cause and let our Mayor and City Council know your thoughts.