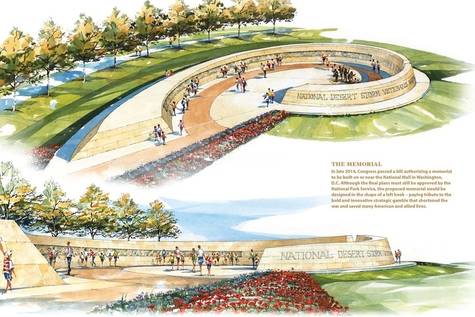 2017 being the 26th Anniversary of Desert Storm, the National Desert Storm War Memorial (www.ndswm.org) is a monument planned to be built in Washington D.C. .Designated for the National Mall in an Area 1 location, it will be a testament to the sacrifice and service of the men and women from U.S. and Coalition Armed Forces during operations Desert Storm and Desert Shield to free Kuwait from Iraqi occupation. The bill approving this Memorial site has passed the U.S. House and is pending in US Senate, known as the SJ1 resolution.

By signing this petition you are showing your support for the building of this important part of American History. We ask that you also contact your local state Senator and encourage them to co-sign and support SJ1 so that we can move forward in the site selection process and begin groundbreaking on this tribute to heroism and sacrifice.

Note : It was never the intent of this petition to ask for money for signing the petition or on behalf of iPetition. The situation has been rectified.