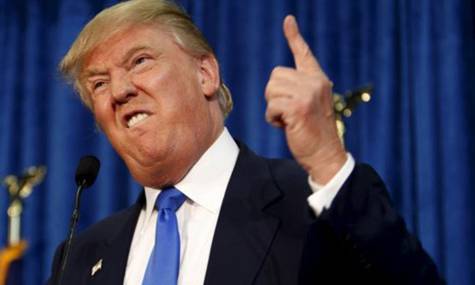 A petition to ban Donald Trump from Great Britain garnered more than 500,000 signatures and the ban will be debated in Great Britain's Parliament on Jan. 18, 2016.

Trump's racist remarks, anti-immigrant stance and overall buffoonery are but a small part of the reason he is not qualified to be President of the United States. Trump wants to ban Muslims from entering the U.S. He wants to build a wall between Mexico and the United States to keep out what he calls "undesirables who bring drugs and crime to the U.S."