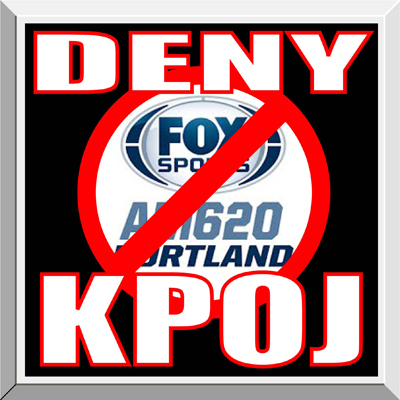 372 people have signed this petition. Add your name now!

Thomas Jefferson called information “the currency of democracy”, but today’s data blizzard doesn't equate to information. Bias, unreliability, and outright deception are pervasive. Political talk radio notoriously presents just one side of a many-sided discussion, and KPOJ once served to counterbalance that monolith.

Radio stations only exist because the public sets rules for scarce broadcast spectrum, creating the value that translates into ad revenue. In return they are obligated to act in the public interest by serving the informational needs of that public. By switching to Sports (the third such station in Portland) and dropping its Progressive talk format (the only one in Portland) KPOJ abrogated its responsibility to serve the public. They manifestly failed to act in the most basic public interest, and should have no right to reap the rewards of a society they do not contribute to.

We, the undersigned, ask the FCC not to renew KPOJ's broadcast license.