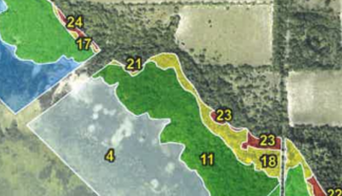 I request that FDEP deny the Long Bar Pointe mitigation bank permit ERP_338349 for the reasons cited below:

Developer Carlos Beruff’s company has permits in hand for major development of the uplands at Long Bar Pointe, yet he's been unsuccessful in his attempts to develop the protected coastal wetlands, including dredging Sarasota Bay.

Now he has applied for a mitigation bank over the submerged lands and wetlands at Long Bar Pointe. Mitigation Banks have been controversial since their inception. This mitigation bank would be the first mitigation bank in Manatee County along the mangrove lined shores. The kicker is that the mitigation bank has a break along the shoreline that would allow for a future boat channel to accommodate his marina development.

Mitigation banks have to prove a so called “lift” to the environmental conditions. Most projects include restoration; Beruff’s would mainly be preservation of wetlands, mangrove swamps and submerged lands already protected. If he can prove to FDEP (Florida Department of Environmental Protection) that the permit should be issued, he will be issued credits that go into the bank. Just like money these credits are withdrawn to accommodate environmental destruction; like a marina, channel dredging of sea grasses, or destroying mangroves needed to open a channel.

Typically, any project would be required to be looked at as a whole development and not a piece meal approach. The State’s environmental rules are created in this manner to avoid what we see taking place here. The FDEP needs to reject this permit and make Beruff’s company comply with the Environmental permitting rules. Such a bad precedent would be created by allowing this mitigation bank permit that would eventually collapse our environment, and impact our economy.