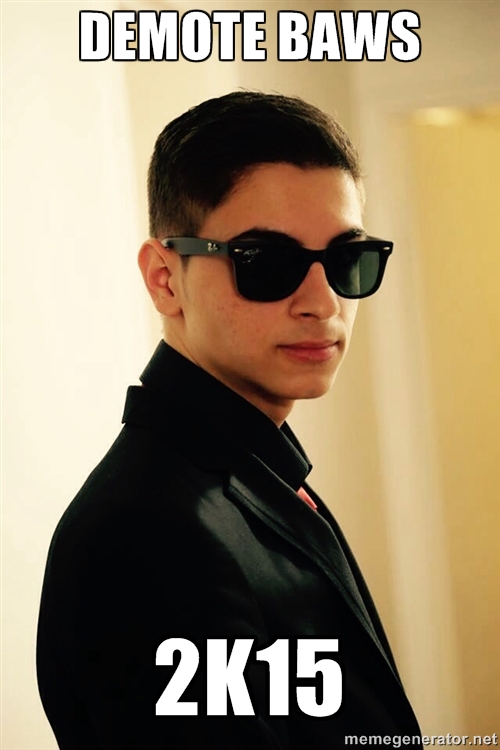 Since Baws has became "Co-Owner" of AG he has done nothing butabusehis power. And I think its time we as the people of AG stand up and finally put an end to this monster!

Since he became Co-Owner he has:

Made fake donations to the community

The list goes on... It has gotten to the point to whathasn'the done to this community!? Oh lets not leave out the "zmod" he promised again and again, He hasent done that!

Lets put an end to this! #demotebaws2k15