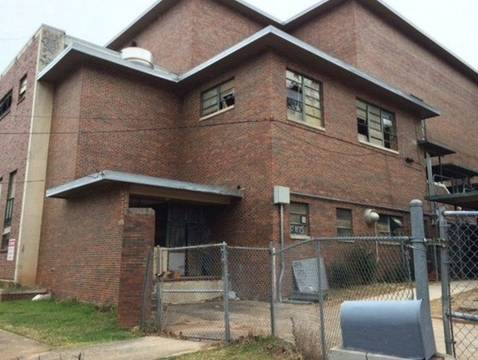 I can attest, as a 20 year resident of the neighborhood, that this problem has escalated greatly since this building has been abandoned. The police have been called on many occasions by residents hearing gunfire. The Birmingham police have reported that individuals go there to test their weapons because it is an empty building with easy access. The rapid gunfire sounds frequently reported by neighbors suggest automatic weapons are being discharged. This dilapidated facility is of course not the only source of crime, however, it is a catalyst for criminal activity in the area that must be addressed. There is no evidence that the city has taken steps to mitigate the situation.

This petition will be submitted to the mayor and city council requesting the allocation of funding for the demolition of Banks high school during 2017. There are many reasons this should be important to all residents of the area. First, stray bullets can be deadly. We are all compromised in the surrounding neighborhoods by the criminal element drawn to this building. Illegal activity spreads, i.e., additional gunfire, burglaries, etc. Secondly, as crime in our area increases, our property values decline. We all have a vested interest in making our neighborhood a place people want to come to, not move away from. Recent years have seen a renewed interest in the Roebuck Springs/South Eastlake neighborhoods. Preserving this trend should be a priority to us all.

Please add your name to this petition and encourage your neighbors to do the same. We must make our city leaders aware of our unwillingness to accept continued inaction on a dangerous situation to us all.