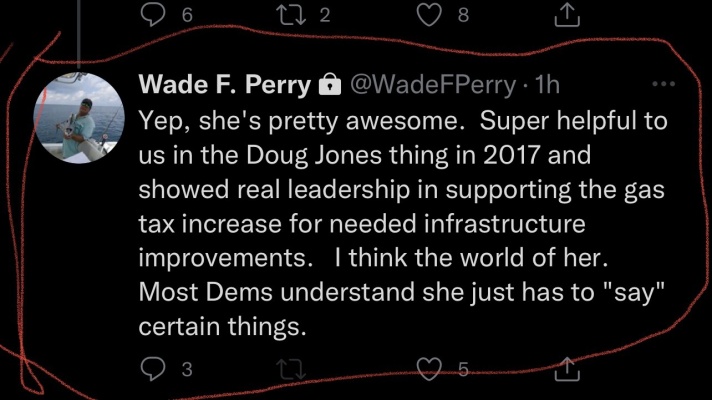 In January of this year, four candidates were prevented from running under the Republican banner in the 2022 primary election due to Alabama Republican Party candidate requirements, one of which includes disqualification if they have supported a Democratic candidate within the past six years; vetting of such issues usually takes place before a candidate is qualified to run for office and placed on the ballot.

In the case at question, Mr. Perry’s allegations and comments were revealed after Mrs. Britt had already qualified with the party and placed on the primary ballot. Therefore, the investigation and resolution of this new information now falls in the purview of ALGOP’s State Executive Committee’s Steering Committee.

We are asking the Republican Party Steering Committee to be called into a special session as soon as possible to investigate the comments made by Mr. Perry regarding Mrs. Britt’s involvement in Doug Jones’s election campaign, in order to judge all candidates uniformly using the same criteria, and then hold a publicly posted roll call vote of steering committee members votes.

If you are a voter in Alabama and support our request of the steering committee, please sign the petition and comment as necessary. We will take signatures until June 16th and then present the Republican Party Steering Committee with our results on June 17th. In addition, please contact your county party to find out your State Executive Committee Member names and contacts so you are able to relay your concerns and suggestions to your party representative personally.

Time is of the essence. Please forward to other groups and friends that are interested in bringing awareness to the importance of this issue