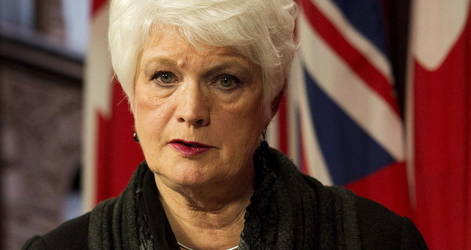 Demand Liz Sandals Resign From Cabinet And As MPP

Treasury Board President and MPP for Guelph Liz Sandals believes the best way to justify her decision to raise the salary of the CEO's of both the OPG and Metrolinx to $8,000,000 a year is because: "When you really stop and think about it,most of the people sitting on the GO Train probably don't have high-level nuclear qualifications or the business qualifications to run a multi-billion dollar corporation." Actions like these truly show the arrogance of the Ontario Liberal government and it must stop now.

We the people of the Province of Ontario and the City of Guelph call on MPP Liz Sandals to resign from both her position as President of the Treasury Board and as Member of Provincial Parliament for Guelph. Her actions and arrogance must not go unnoticed. We deserve better than this.

Sign this petition to make your voice be heard. We cannot let Ms. Sandals get away with this.