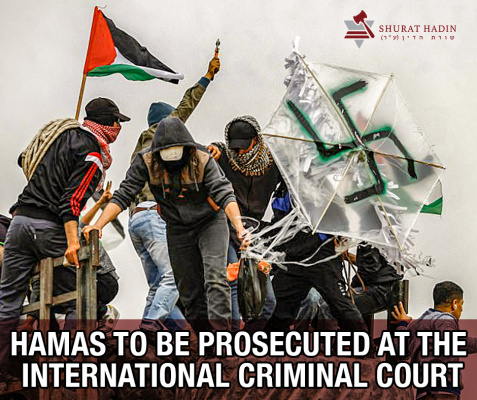 Demand Hamas be prosecuted for war crimes in the ICC

Join in Prosecuting Hamas in The Hague! Add your name to the Complaint!

Since seizing control of the Gaza Strip in June 2007, Hamas has plunged it into dire poverty and unrelenting despair, diverting aid money to corruption and violence.

The terror group has organized riots along the Gaza border and urged its population to infiltrate into Israel. They have called on the public to attack Israelis in their homes, and threatened to kidnap and murder as many as possible. Youngsters in Gaza are being encouraged to carry out cross border arson attacks against Israeli farmers using flaming kites. The twisted strategy centers on causing civilian causalities and generating condemnations of Israel.

Shurat HaDin will respond to these brutal attacks by filing a communication with the Prosecutor of the International Criminal Court, demanding that she investigate the Hamas leadership.

You can join with us!

Add your name to the Shurat HaDin communication and demand that Hamas' leadership be prosecuted for war crimes in the Hague. Hamas must finally be brought to justice!