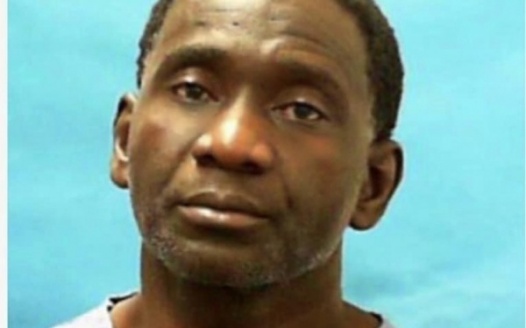 Eye on Innocence fights for General Jackson “ Corky Pride”. I’ll be straight forward, this case is long overdue for a revisit, and with the evidence still in storage, the time is right. Before it disappears among the millions of other boxes in the warehouse. When this case went to trial in 1985, there wasn’t yet a procedure for testing DNA evidence. Today, we know that has changed. Under Florida law, in such a case where evidence containing possible exculpatory DNA evidence that was not possible to be tested before trial, the defendant has a statutory right to have that evidence tested.

Read below what Eye on Innocence Inc. has uncovered in the records of “Corky” Prides trial. A motion MUST be filed to have the evidence tested for DNA, and we believe that motion for testing should be filed by the State Attorney’s office of the 4th Judicial Circuit of Florida.

Sentence: life x 6. You read that correctly. 6 life sentences for a crime I don’t believe he committed. There were 3 victims that night. A mother, and her two adult daughters. On the night of Corky’s arrest, none of them described an assailant who’s build, height, or even skin tone was even remotely similar to those of General Jackson Pride. In fact, although the assailant was wearing a makeshift mask, all 3 victims initially believed that the intruder was the ex boyfriend of one of the daughters, with whom she’d recently been in a dispute with. An ex boyfriend who was nearly half a foot taller than Pride. 50-60 pounds heavier, and a skin described as being caramel in color. By contrast, Corky Pride’s skin tone was unmistakably very dark. There were other discrepancies too. Such as a deep scar each of the victims noted as being over their assailants right eye. A scar so pronounced that they noticed it even though the man had worn a makeshift mask with a mouth and eyeholes cut from a pillowcase. The victims had been observant. Yet none of them noticed any gold teeth in their attackers mouth, which Corky Pride had inside his own.

Corky Pride’s case was a gift. If there were any lingering doubts about injustice in the justice system, reading through “General Jackson Pride vs The state of Florida quickly put them to rest. “ I looked deep into his case. It really caused me to shake my head at times, because the same DA I was up against in my first case I looked at in 2015, played a part in General’s case 37 years ago as an Assistant DA with some questionable tactics even way back then.

The frustrating thing about General’s case is that he’s maintained his innocence for 37 years, and there’s likely DNA evidence to be tested today like the cloth mask the assailant wore that night, pubic hairs, even a blood sample taken from the window sill. He has a statutory right to have those items tested free of cost, because DNA testing wasn’t available in 1985/86. Yet, the last time his case was on the docket was 1986! No one has stepped up to have that testing done for Corky Pride.

I even contacted his former public defender who represented him at trial, to see if she’d like to be part of our effort to correct what appears to be an egregious injustice. Unfortunately, I got no reply, even though she’s still in the business today.

For Melissa Nelson’s Conviction Integrity Unit, this case would be a pretty easy win. Get the DNA tested. I already checked, the prosecutors files on Corky’s case and the accompanying evidence are available in storage. The only thing not there is the additional cases the prosecutor claimed she had against Corky in 1985. She literally told the judge back then, that if he didn’t sentence Corky to multiple life sentences, that she would be in his courtroom multiple more times with other cases. Those files should be in that file box too, and they are not. The press had at one time had in error, referred to Corky as “ The Northside Rapist “. The Prosecution acknowledged that the press was in error, because the Northside rapist was still committing his crimes until the 90s. I think the DAs office pulled any other cases, if they actually existed, from Corky’s file box, and rightfully attributed them to the Northside rapist, who happened to have lived in the neighborhood where the 3 women were assaulted. However, they of course never bothered to let the courts know, that those 5 cases they used as a threat at Corky’s sentencing, were no longer believed to be the acts of Mr Pride. Those cases should never have been considered at General’s sentencing anyway for God’s sake! No evidence was presented ever, that connected Pride to those crimes. No trial took place, and no conviction was handed down.

It was about 1 year after receiving the Pride documentation before I filed all the necessary paperwork to open my nonprofit charity “ Eye on Innocence “ in order to help free the wrongfully convicted. My 6th case I’d assist on while still flying solo. The first one was personal, and it sparked a passion in me to try and help others who’d been wrongfully convicted.

I had a plan when I filed my paperwork with the government. I’d start a non-profit, collect donations, do all work for the client, pro bono, free of charge, and build an account to assist those with viable claims of wrongful convictions, retain attorneys. It hasn’t really worked out that way. We simply can’t afford a large marketing campaign like I’d envisioned. Between that, and a struggling economy, it’s a challenge. However, I’ve been unable to stop. I can’t. So I’ve pretty much kept myself broke and in debt trying to cover costs myself when they arise. As I mentioned, we’re all volunteers, but believe me, I’ve been buying my lottery tickets twice a week for the last 3 years, hoping that maybe some day I can stop working for corporations, and devote all my time to working for the wrongfully convicted. Yeah, I know it’s a long shot, but just like I tell my clients, “ you can’t ever give up hope “

Genera Jackson is not my only Duval County case either. The second case is that of a man who spent 17 years in prison for a crime he didn’t commit.

Curtis Thomas Sr was convicted of stealing some cabinetry out of a home, when in reality, he was hired to help unload some cabinets that, unknown to him had been stolen. One of the most ridiculous laws to me is the receiving of stolen goods laws.

There’s so many flea markets, and private sellers advertising on social media, it’s really not reasonable to expect anyone who makes a purchase, to research the goods they’re buying to ensure they haven’t been stolen before they fork over a few dollars for it, nor is it reasonable to expect all sellers to have saved receipts or bills of sale for years or decades, or to even have ever had access to such documentation if they themselves purchased it second hand or maybe inherited the goods from a family member. That scenario isn’t exactly what Curtis experienced, but it’s close.

I remember working as a day laborer when I was younger. A construction company took about 4 of us to a construction site one day, and we loaded a trailer with equipment, and we each got paid $70. How were we, as hired help supposed to know if we just loaded up a trailer with goods that were being stolen?

Now, all that aside, that question boils down to intent. Did Curtis intend to help the people who hired him steal the cabinetry? I don’t believe he did, and I think the prosecution at his trial didn’t think so either, so they relied on some creative accusations and claims, and when I say creative, I don’t mean that in the clever sense. I mean they created their own “ facts “ and presented them to the jury.

The most blatant claim they made was that Curtis had confessed on paper that he knowingly took part in the crime. I have that document, and I promise you, there is nothing in it that is remotely a confession of culpability. It’s not even confusing so that it could be misunderstood as a confession! As if that isn’t bad enough, they then told the jury in closing that he’d actually confessed during the trial that the jury just sat through, which is easily disproven by reading the transcripts! It never happened! Yet, more often than any of us would like to think, jurors don’t second guess the prosecution. That’s a sad, but true fact.

Those two facts are a focus point for us, and I’ll explain why. Because no appellate judge could possibly believe that false claims of a confession that doesn’t exist, and never happened, made by the prosecutor at trial could be a “ harmless error that if they hadn’t occurred, would not likely have changed the verdict “.

When you’ve got a case as weak as they had against Curtis, utterly void of physical evidence connecting him to the crime, but you as a juror are told a confession was made, do you need any evidence, physical, circumstantial or otherwise? Would you even bother deliberating with the other jurors? No. Of course not. Why waste time debating the guilt or innocence of a man who says he’s guilty?

The vast majority of his case at trial pointed towards his innocence rather than his guilt, but hey! You’ve got his confession. Could getting a conviction be any easier than that?

Jurors need a lesson in critical thinking. If I was going to confess to a crime, not only in writing before trial, but also during the trial, I would hope a juror would wonder why I’m not pleading guilty and taking a deal? I mean, why go through a trial at all if I’ve already confessed to the crime, and am going to confess again at trial. Why don’t jurors see that it just doesn’t make any sense, and they need to scrutinize the prosecutions claims of my guilt, just as hard as they’re scrutinizing my claims of innocence.