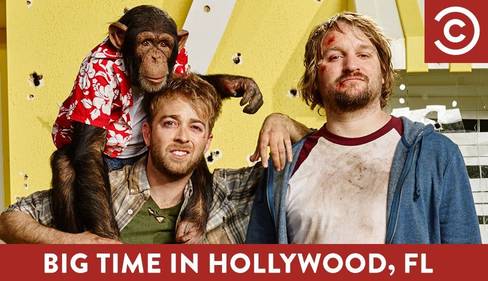 Bottom line: We want a second season of Big Time in Hollywood, FL

On March 25th, 2015, Big Time in Hollywood, FL premiered on Comedy Central. Written by Alex Anfanger and Dan Shimpf, it is a narrative-style comedy, and Season 1 consists of 10 episodes. This petition is to ensure that Comedy Central brings back this extraordinary piece of cinematic beauty back for a second season, at the very least.

During its first season, Big Time garnered applauding reviews from anyone who was privileged enough to view it. Rolling Stone Magazine listed it as #13 on a list of the "20 Best Shows of 2015 So Far," ( http://www.rollingstone.com/tv/lists/20-best-tv-sh...). The show also obtained generous praise on Flixter's Rotten Tomatoes (http://www.rottentomatoes.com/tv/big-time-in-holly...) and carries a high rating on IMDB (http://www.imdb.com/title/tt3260472/?ref_=nv_sr_2).

As of this writing, the Big Time in Hollywood, FL has not yet been confirmed for a second season, a bewilderment to its clamoring, devoted fanbase and the critics who so thoroughly praised it. We as the fans of such a brilliant work of art are begging Comedy Central to satiate our thirst for more of the Dolfe brothers and continue on with something we have all come to love so dearly. To drop the ball on Big Time would be nothing short of a tragedy.

These accumulated signatures hereby attest to our desire for a second season of Big Time in Hollywood, FL. WE NEED MORE!