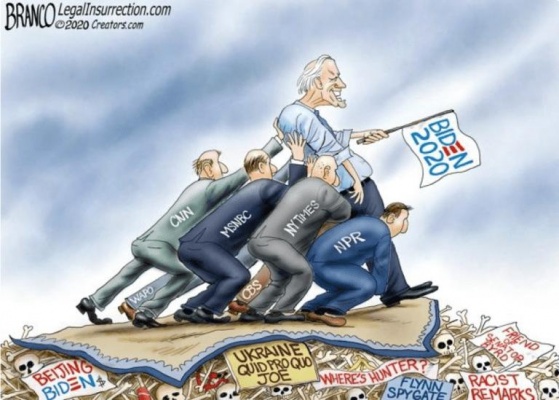 Demand Chris Wallace to be fired from Fox News for misleading journalism, infringement of the 1st Amendment and election interference.

Bill O'Reilly was let go from Fox News, largely in part due to his commentary and editorial opinion pieces, as some claimed his coverage was 'not objective' enough for journalistic standards. Therefore, we, the undersigned, demand that Chris Wallace be removed from the lineup at Fox News. Mr. Wallace's performance at the first presidential debate proved to be a display of blatant biased and partisanship. It is a moderator's job to ensure that candidates in a debate are to be given equal time and stay out of arguments proposed by one candidate or the other. Chris Wallace proved to be a moderator clearly favoring one of the candidates of the debate, often assisting and helping the candidate with a methodical and pre-arranged approach to questioning favoring the candidate in a biased and partisan manor. Objectivity and lack of strict fairness to the rules of the debate created an atmosphere in which the voting public was not able to get a clear picture as to policy, stance on the issues, and truthful information needed in order to make an informed decision. Mr. Wallace made a mockery of the 1st Ammendment to the US Constitution. Mr. Wallace was often arguing in favor of one of the candidates, placing himself in the debate, which is clearly not the role of a moderator. Due to his lack of objectivity, we the viewing public demand that Fox News remove Mr. Wallace from the roster of journalists and contributors to Fox News, as Fox News supposedly promotes itself as an objective journalistic institution. If they allowed themselves to be bullied by collusion and leftist mobs to fire Bill O'Reilly, who has been a respected journalist for years on cable news and was a champion of free speech and often promoted his editorial material as opinion pieces, clearly defining editorial coverage and pure objective reporting, then why will they not let Wallace go for blatant partisan interference in a presidential election??? This is CLREALY a violation of our democratic process and has done tremendous damage and disservice to the American voters.