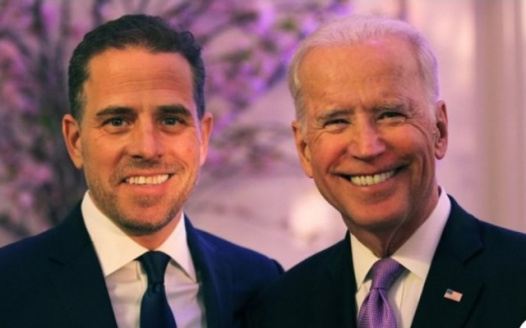 The American people deserve to know about Democrat presidential candidate Joe Biden’s Ukraine scandal in which Biden admitted on video to strong-arming the Ukrainian government into firing a prosecutor that was leading a corruption investigation into the gas company Burisma Holdings, that employed Biden’s son, Hunter. The issue is not whether Hunter's hiring, that included a salary of $50,000 a month was legitimate, the issue is that Joe Biden was withholding $1 billion dollars (paid for by American taxpayers) in "urgent aid" to Ukraine until the Prosecutor was fired. In April, The Hill reported that in 2018 “Biden couldn’t resist the temptation … to brag to an audience of foreign policy specialists about the time as vice president that he strong-armed Ukraine into firing its top prosecutor,” adding, “In his own words, with video cameras rolling, Biden described how he threatened Ukrainian President Petro Poroshenko in March 2016 that the Obama administration would pull $1 billion in U.S. loan guarantees, sending the former Soviet republic toward insolvency, if it didn’t immediately fire Prosecutor General Viktor Shokin.” So far the Democrats in Congress and the mainstream media have refused to acknowledge this corruption and We the People Demand that the Department of Justice start an investigation into this corruption!